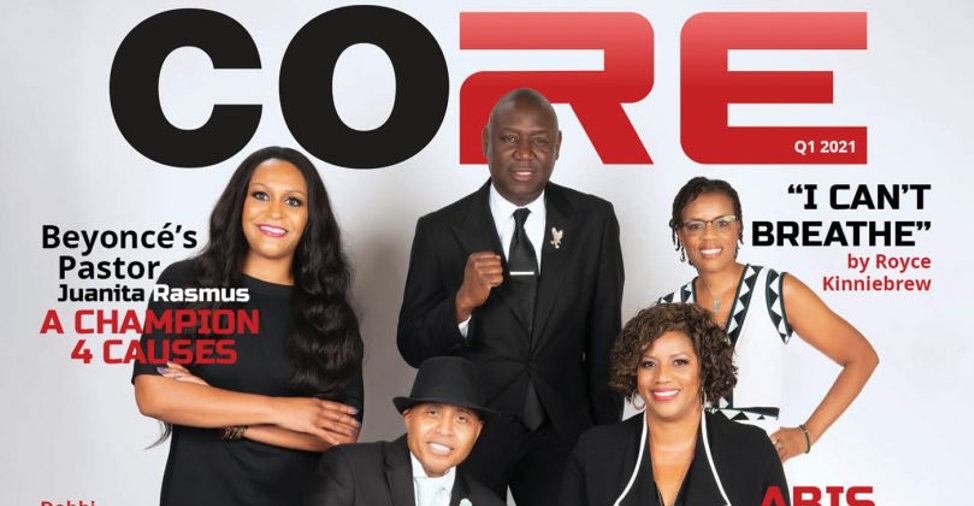 The CORE 100 honorees, which include changemakers like Stacey Abrams, Attorney Ben Crump, NBA superstar LeBron James and Oprah Winfrey, mark and remind the world of the beauty, boldness and brilliance of Black Excellence at a time when the cultural, economic and political landscape in the United States has grown increasingly more hostile towards blackness.

“I am grateful for the recognition from the respected CORE Magazine,” remarked Chavis, who in addition to his tireless work for the NNPA, hosts a weekly national talk show on PBS and PBS World called “The Chavis Chronicles.”

“On behalf of the NNPA, representing the Black Press of America, and on behalf of The Chavis Chronicles on PBS TV, I accept with rededication the global struggle for freedom, justice and equality,” Chavis concluded.

The CORE 100 was unveiled in a series of communications that led to the full presentation in the CORE 100 Special Issue Magazine on Feb. 1, 2021.

The addition of the CORE 100 Most Influential Blacks Today to the CORE brand supports the vision of former professional baseball player, coach and executive; and magazine founder, Bo Porter, to address the void of black-owned, historical and culturally diverse publications.

“CORE Magazine blazes a trail with uplifting articles and a showcasing of unsung heroes often not found in mainstream media outlets,” the magazine noted in a news release.

Each quarterly issue contains distinct and recurring feature stories like “Ball2Business,” former athletes who successfully transitioned to the business sector; and “ME2me, professionals providing inspiration by sharing their lessons learned to their “younger selves.”