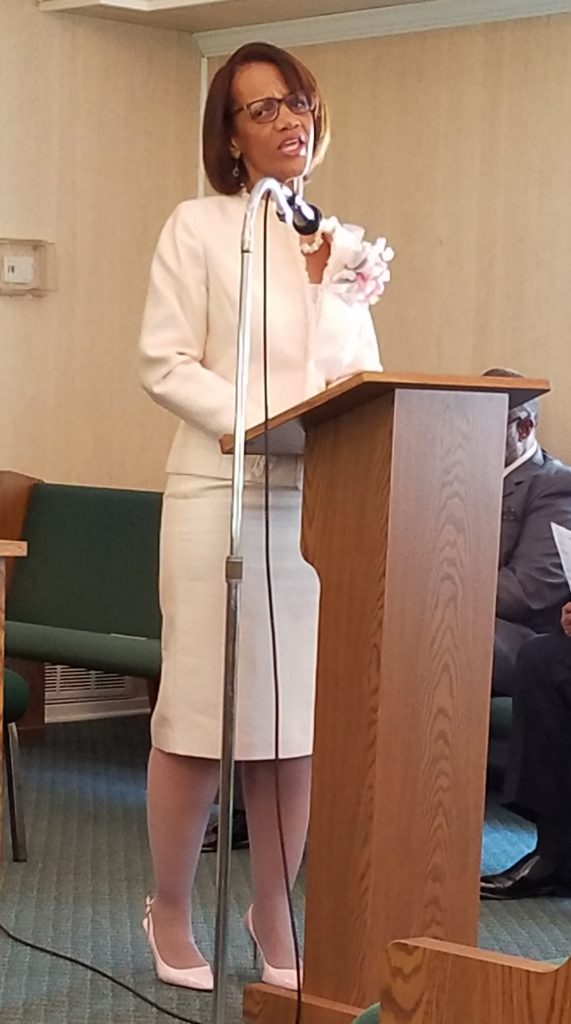 One hundred-ffty years ago, African- American men were granted the right to vote in Washington, D.C., Morehouse College, a private, historically-black college for men was established and under a brush arbor in the Mississippi community of Learned, the Oak Grove M. B. Church began.

Sunday, May 7, this historical church, which is listed with the Department of Archives and History in Jackson, celebrated its annual Men and Women’s Day. The theme scripture was, “We will not hide them from their children, shewing to the generation to come the praises of the Lord, and his strength, and his wonderful works that he hath done.” Psalms 78: 4.

The guest speaker for the event was Jacquelyn H. Hampton, publisher of The Mississippi Link newspaper and a member of the College Hill M.B. Church. She was introduced by Murlene Taylor who stated she has been very impressed with Hampton over the years, watching her serve her church and community.

Hampton followed the event’s theme “Men and Women Building a Legacy in Christ,” as the subject for her speech. She opened with Colossians 3:17, “Whatever you do, whether in word or deed, do it all in the name of the Lord Jesus, giving thanks to God the Father through him.”

She said that as we think about building a legacy in Christ, we should look at the legacy we are living because this will be the legacy we leave behind. Oak Grove is a small church surrounded by beautiful trees. On the drive to the church, one can see from the road a pond which was used to baptize its’ members for numerous years.

Rev. Charles C. Terry has served as pastor for twenty-three years. Over the 150 year history of the church, Terry is the 6th pastor to lead the small but intimate congregation.

Prior to Terry becoming the shepherd of this flock, Rev. R.L.T. Smith served as pastor for 57 years, until his death in 1993. Smith was well-known for his work in the Civil Rights movement. He received an honorary Doctor of Humanities Degree from Tougaloo College in 1980 for his outstanding community service. He is the grandfather of Hinds County District Attorney Robert Shuler Smith.

Terry said he was honored to have members of the Smith family worship with Oak Grove that included Rev. Royce Smith, (son of R.L.T. Smith) his wife Alice, DA Robert Smith, his wife Wanda and son Raphael. Rev. Royce Smith recalled being baptized as a boy, in the pond that still stands. Alice Smith stated that it was a very touching moment when the family looked at the photograph of Rev. R.L.T. Smith that still hangs in the church.

In his remarks, Terry stated that Hampton did an outstanding job. He also thanked all the visitors that were present to include the Smith Family, members of College Hill M.B. Church, and members of Hampton’s family. 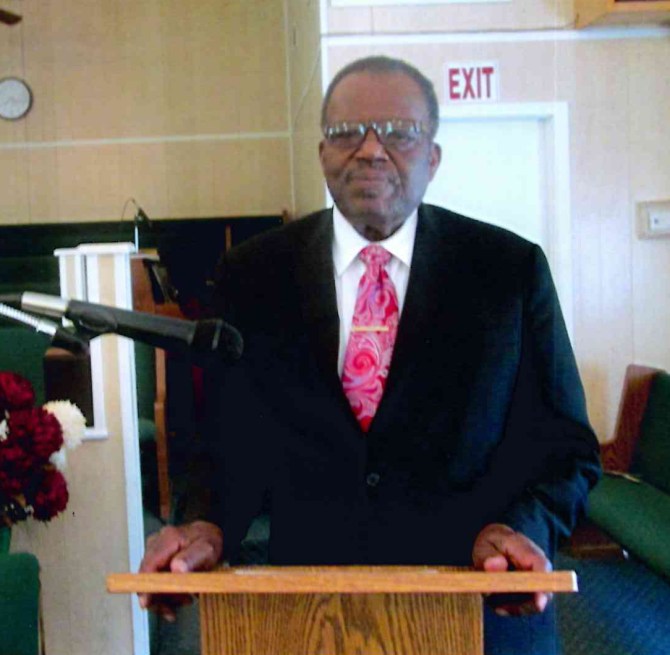 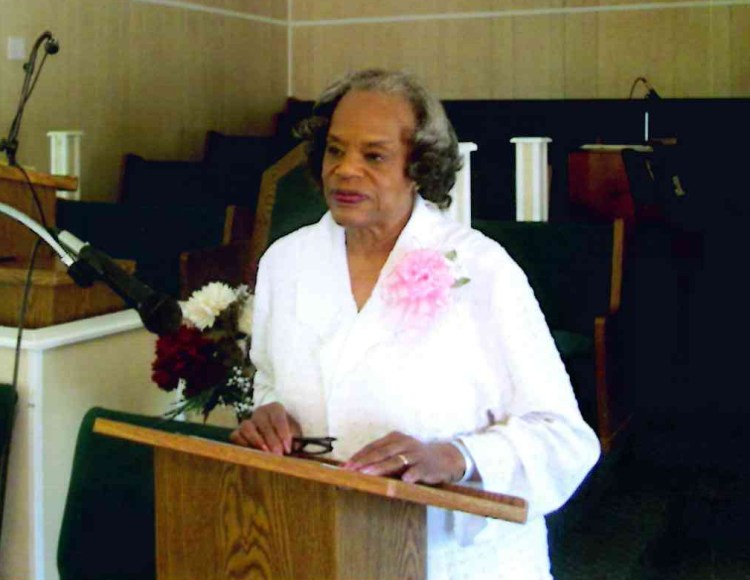