Aftermaths a year later still looked like the ‘Twilight Zone,’ a member says 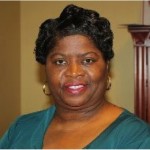 HOLMES COUNTY, Miss. – Holmes County native Clara Marshall Jordan said she and her husband Clarence Jordan Sr. (now deceased) lived in New Orleans since 1955, and they never experienced anything like Hurricane Katrina and its aftermaths. “That was the first time anything of that magnitude happened, and I am keeping up with Danny now,” Jordan said Sunday evening (Aug. 23) from her now Harvey, La. home (west of New Orleans). Danny, to which Jordan was referring, was a tropical depression that formed last week and later strengthened into a category 3 hurricane but was weakened by a wall of wind near the Caribbean, eventually dissipating. Jordan and her family said since Hurricane Katrina, they make it a point to stop and pay attention to news about anything “brewing out in the Gulf.” According to media reports, it was early morning, August 29, 2005 when the massive Hurricane Katrina struck the Gulf Coast of the United States with sustained winds of 100-140 miles per hour, stretching roughly 400 miles wide. The damage it made as a storm was soon compounded by its horrific aftermaths when levee breaches in New Orleans resulted in massive flooding. Katrina caused hundreds of thousands of people in Louisiana, Mississippi and Alabama to be displaced. Jordan and her family were among the hundreds of thousands displaced. The catastrophic Katrina racked up a death toll of nearly 2,000 people. One among the count was Jordan’s first cousin, John Marshall Jr., 66, of New Orleans. The day before Katrina hit, then-New Orleans Mayor Ray Nagin issued the city’s first-ever mandatory evacuation order. “At first, we didn’t really realize how serious everything was,” Jordan recalled. “We had decided to stay. My granddaughter Ashley and I had gone to see a live taping of the Wheel of Fortune. We were sitting there bewildered by so many empty seats. That’s when reality hit.”

Later, Jordan, her husband, adult daughter Michelle Jordan (Manning) and one of her three adult sons (Larry Jordan) headed for the hills of Lexington, Miss. – to her late parents’ (James and Beatrice Marshall) home, which was unoccupied. Because they had to drive in the ‘contraflow’ from New Orleans, it took them nearly 12 hours to get to Lexington when the usual time was only about five. “We only thought that we would be gone for a day or so,” she said. “We even left the air conditioner on so that the house would be cool when we return.” Unfortunately, after the levee breached, what they thought would be a short trip turned into months and nearly a year for some. The Jordans were eventually scattered to Atlanta, Mississippi, Texas and dryer parts of Louisiana. When they finally returned to New Orleans, their once humble home on Eastview Drive was more than cool. It was cold, muddy, moldy, in shambles, “swollen” and totally uninhabitable as more than seven feet of flood water had invaded and dwelled there (for a while) during Katrina’s aftermaths. “My husband’s truck that we left in the driveway had floated down the street to the corner intersection,” Clara Jordan said.

Ten years later, several Jordan family members share more about their Katrina experiences: Ashleigh Collins staying connected in Houston and ‘realizing nothing would be the same’: “Reflecting on Katrina, I don’t have a horrific story about being stuck in the attic or being swept away by floodwater. After attending a live taping of Wheel of Fortune and realizing that other people are taking the storm seriously, I packed up my kids and we, along with one of my best friends, went to Houston. “I had a friend who lives there, and we all stayed at his little one bedroom apartment. I sat in front of his television for hours, stunned and amazed, watching the live coverage of everything going on at home. I recognized
several areas and at that point realized nothing would be the same. “Of my immediate family, most evacuated safely. However my siblings on my father’s side were stuck in the attic at their grandmother’s home. Their household consisted of my stepmother, her disabled elderly mother, my sister, brother, stepbrother, and his nine month pregnant girlfriend (now wife). They were eventually rescued and brought to safety, but it was almost a day before anyone could get to them. “I was also fortunate in the sense that I had Nextel cell service. Most of the cell phone providers’ lines’ were unreachable, but Nextel had the two-way radio. So I was able to connect with others and relay messages between some friends and families, as well as receive phone calls. “The moment that affected me the most was returning home for the first time somewhere around November or December, near the holidays. It was like something unreal. When I reached the twin spans (bridge that leads to the city) and I saw the damage, how dark and desolate New Orleans East was, I began to cry. Everything I had become familiar with over the past 21 years was gone. “There was a mixture of mud and only God knows what other toxins and substances covered the ground. The markings on the [houses] indicated when it was searched and where bodies were found. That was a way of knowing if someone made it out safely. I remember we would spend daytime hours riding around to see what survived or what was open. But since much of the city was dark, we had to be inside before it
got late.

Everything was surreal, and to this day, some of it is one big blur.” Michelle Jordan (Manning) drove back into a ‘Twilight Zone’ from Houston: “I only stayed in Lexington with my parents and brother about a week or so before I joined my boyfriend (now husband) and several other friends who had evacuated to Houston. “A pastor and his wife took in about 15 of us at their beautiful estate until we received assistance. They were so good to us. In fact, Texas was good to us. We had free housing, help with food, and clothing. I had my own rentfree little apartment, and he had his. Texas opened up their hearts to us. “The only thing I did not like was the fact that they referred to us as ‘refugees.’ After nearly a year, however, I was ready to return home. I packed my little Audi car and drove to New Orleans. As I approach the city, there were abandoned cars still on the highway, rusty. I felt as if I was in the Twilight Zone. Blighted property was everywhere. “It was devastating for me to see it. I believe my father’s early stages of Alzheimer’s was spurred to advanced stages as a result of seeing what Katrina had done to his home. The furniture in our family home was strewn across the room like an image from the movie, ‘Exorcist.’ He did not want to leave. “I think Katrina did something psychological to a lot of New Orleanians. I saw people looting and I thought: where are they going with those televisions? Whose house are they going to plug them up in? I still get emotional thinking about it.” Larry Jordan’s views today:

“As a resident of New Orleans for more than 55 years, it seemed evident that Hurricane Katrina changed the political climate as well as the physical. There were some reports of areas of the city that would not be rebuilt. These were mainly African American neighborhoods. “There also were accusations of certain areas that did not receive substantial damage collecting more government assistance than ones that were hard hit. At one point there seemed to be an effort to keep evacuees from returning for the mayor’s election which resulted in the re-election of incumbent African American Ray Nagin. “Unfortunately, it appeared as if the city wouldn’t be able to rebuild under his leadership. A lot of the improvements to the city were begun under his administration but not accredited to him. “Overall the city suffered badly and is still in the process of
rebuilding. Remembering what I saw upon returning to the city stays in my mind. The smell of a city under water, along with the sight of returning to a home with all your possessions destroyed, was overwhelming. But through time and hard work, many have rebounded or moved on to other parts of the country to forget the pain of it all.” Clara Jordan’s scrapbook: Ten years later, one would think an 82-year-old matriarch would want to forget the horrors of Hurricane Katrina, but Clara Jordan still keeps a scrapbook. “This is history,” she said. “I have the list of names of all the lives that were lost, clippings of efforts to save Fats Domino’s home, and a lot of articles from the newspaper.” Asked why she and her family returned to the New Orleans area, her answer was short, strong and to the point. “This is our home; the only home we know!”

GULFPORT, Miss. (AP) — The historic downtown library in Gulfport is being incorporated into the city’s plans for a major aquarium development that will cost $90 million to $120 million. Mayor Billy Hewes said the library […]