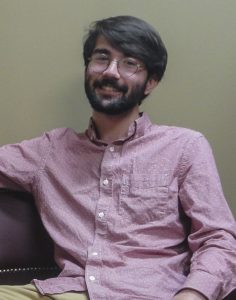 The university says physics major Nicholas A. Ezzell of Laurel will be the only Mississippian to get the award this year.

Ezell has conducted research at the U.S. Department of Energy’s Oak Ridge National Laboratory and will return there this summer to develop quantum computing software. He hopes to attend graduate school and ultimately work as a computational physicist.

The Goldwater Foundation is a based in Virginia and awards scholarships nationwide to undergraduates studying math, science and engineering. The awards were named by Congress for the former Republican senator from Arizona and unsuccessful 1964 presidential candidate.

Mississippi State says 17 of its students have received the scholarship since they began. Ezell is the fourth student named in seven years.

On April 25 and 26, 2013, the Mississippi Young Professionals (MSYP) will host the MSYP 2013 Summit, Rethink Mississippi: No Suits, No PowerPoints, No Bull, at the Mississippi State University Riley Center, located at 2200 Fifth Street in downtown Meridian.

The event, coordinated by the Mississippi Development Authority (MDA), will launch the first year of MSYP, a non-profit organization designed to connect the state’s existing young professionals and YP organizations in order to create a network that will develop, empower and retain young professionals in Mississippi. MSYP’s 19-member board is comprised of business leaders in their 20s, 30s and 40s from each region of the state. […]

The Daily Corinthian reports the session is designed for beginning beekeepers and will be held at the Alcorn County Extension Service office near Crossroads Arena.

There is no charge to attend.

JACKSON, Mississippi (AP) — Gov, Phil Bryant and others are extolling Mississippi as a national leader in using carbon dioxide to extract more oil from old oil fields. A conference hosted Thursday in Jackson by […]