The Girl Is in Trouble 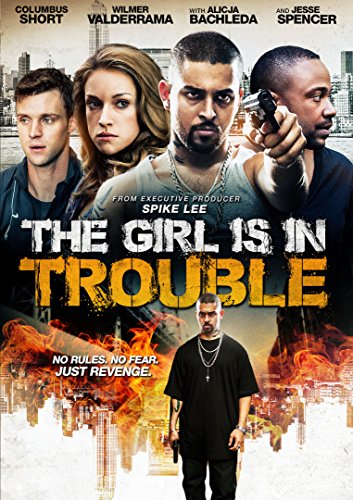 August (Columbus Short) would have been better off rolling over and going back to sleep the fateful night he got a call at 2:30 in the morning from Signe (Alicja Bachjleda), an attractive woman he met at the nightclub where he DJs over a month ago. For, although the damsel in distress was in desperate need of a place to rest her head, she had only reached out to him after being turned down by everybody in her phone book.

Nevertheless, the Nigerian immigrant lets her crash at his crib without asking any questions when she shows up naked under her trench coat. Sparks fly, and a few compromising positions later, August is ready to bid adieu to the Swedish temptress he so easily succumbed to as a booty call.

But then he catches her trying to leave the apartment with all the cash from his wallet. And in the ensuing struggle he discovers that she has recorded what appears to be a murder on her cell phone camera.

The apparent perpetrator is Nicholas (Jesse Spencer), a spoiled-rotten rich kid-turned-drug dealer. He’s the son of a very well-connected Wall Street powerbroker who’s made a fortune off a Bernie Madoff-quality Ponzi scheme.

When August asks Signe whether the slaying on the video is real, she curtly responds, “None of your business!” That only serves to whet his curiosity, and before you know it, he finds himself being slowly sinking deeper and deeper into a veritable quicksand comprised of intrigue and innuendo.

Executive produced by Spike Lee, The Girl Is in Trouble marks the feature-length directorial debut of Julius Onah. The movie is narrated by its star, Columbus Short, in an attempt to emulate the tone of the hard-nosed hero of your typical pulp fiction novel. Regrettably, that’s where any similarities to the film noir genre end, as this predictable whodunit proves a tad too transparent for this critic to recommend.

Not just the girl, but this entire film is in trouble.

To see a trailer for The Girl Is in Trouble, visit: https://www.youtube.com/watch?v=SG8uJsCYflY

To order The Girl Is in Trouble on DVD, visit: http://www.amazon.com/exec/obidos/ASIN/B00TU29OG0/ref%3dnosim/thslfofire-20

“Pope Francis: A Man of His Word” Interview with Kam Williams   The Three-Time Oscar-Nominee Delivers a Reflective Homily Wim Wenders came to international prominence as one of the pioneers of the New German Cinema […]