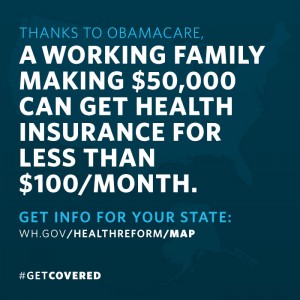 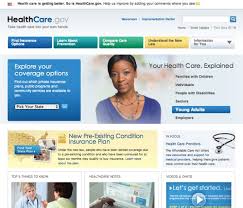 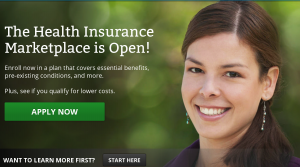 The deadline for people to sign up for health coverage under the Affordable Care Act, that starts on the first day of January 2014, is December 23, 2013.

The original enrollment deadline was December 15, 2013. The Obama administration made the change to give people more time to sign up for coverage that starts at the beginning of 2014. Consumers must pay their first premium by December 31 for their coverage to begin on January 1.

The change applies only to the 36 states where consumers are using HealthCare.gov. According to HHS, the 15 state-based insurance marketplaces can make their own decisions about the initial enrollment deadline. For example, California moved its deadline from December 15 to December 23 as well.

The Affordable Care Act requires most Americans to obtain some kind of insurance coverage starting in 2014 or pay a fine to the IRS. However, for the first year of the new law, consumers have until the end of March, when open enrollment on the new marketplaces closes, to get insured. Consumers who fail to enroll by the end of open enrollment will be subjected to a government fine.

Insurers say Trump must do more to stabilize ‘Obamacare’

By RICARDO ALONSO-ZALDIVAR and TOM MURPHY WASHINGTON (AP) — “Obamacare” is proving more of a challenge than the Trump administration bargained for. With the “repeal and replace” effort at an impasse on Capitol Hill, the […]

May 2, 2014 Online Editor Health Comments Off on Mississippi figures show 61,494 have enrolled in Obamacare exchanges

JACKSON, Mississippi (AP) — New figures show 61,494 Mississippi residents have signed up for private health insurance using a federal government website, out of more than 117,000 who were eligible. The U.S. Department of Health […]

(AP) The US Supreme Court upheld President Barack Obama’s signature healthcare reform act on Thursday morning, delivering a surprise boost to his re-election prospects and enraging his conservative opponents. The Court said that the invididual mandate, the […]