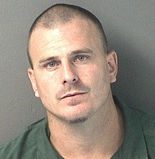 U.S. District Judge Keith Starrett canceled the hearing, but the court website did not say why.

Authorities said Bullock is the leader of a Mississippi chapter of the Simon City Royals gang operating in the Hattiesburg area.

Bullock is charged with racketeering conspiracy for alleged offenses including attempted murder, kidnapping, bank robbery, drug distribution and bribery. He was arrested July 9 in Pensacola, Fla.

He has pleaded not guilty.

The Simon City Royals gang was formed in Chicago and spread throughout the city in the 1960s and 1970s before branching out to other parts of the country, including Mississippi, according to the indictment. Bullock, who identified himself as the “Prince of Mississippi,” sometimes traveled to Chicago to meet with gang leaders, the indictment said.

Bullock has also faced numerous state court charges over the years, including grand larceny, selling marijuana, aggravated assault and perjury, according to the Mississippi Department of Corrections.

He was most recently sentenced in state court in 2008 to four years as a habitual offender for perjury.

By Monica Land  GUNTOWN – FBI officials are confirming that two bodies were found at the residence of a man suspected of kidnapping a woman and her three daughters, but they have not released […]

Sheriff: Ex-roommate made couple strip, then beat them

ST. MARTIN, Miss. (AP) – Authorities say a man who had been kicked out of his Mississippi apartment returned to assault and hold a couple against their will. Jackson County Sheriff Mike Ezell tells the […]

GULFPORT, Miss. (AP) – A Mississippi judge has sentenced a Georgia woman to 25 years in prison for stabbing her 3-year-old son. The Sun Herald reports 28-year-old Nomatter Gava-Hudson of Savannah, Georgia, was sentenced Friday […]