JACKSON – The Mississippi State Department of Health (MSDH) has reported the second West Nile virus (WNV) death for 2013, along with four new human cases. The death occurred in Bolivar County on Aug. 6, and the new reported cases occurred in Forrest, Hinds and Rankin counties. These new reported cases bring the state total for 2013 to 12 cases, with two deaths.

The first death was an elderly man from Duck Hill in Montgomery County on July 2. 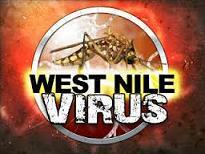 So far this year, cases have been reported in Forrest (3), Lincoln, Lowndes, Madison, Montgomery, Wayne, LeFlore, Bolivar, Hinds and Rankin counties. The MSDH only reports laboratory-confirmed cases to the public. In 2012, Mississippi had 247 WNV cases and five deaths.

“We want to remind residents we are now in peak West Nile season, and regardless of specific county reports, West Nile virus is active throughout the entire state at this point,” said Dr. Paul Byers, MSDH Deputy State Epidemiologist. “This is when we can expect to see the bulk of our cases so it is very important to be especially mindful of taking proper protective measures now.”

Mississippians should take appropriate precautions to reduce the risk of contracting WNV and other mosquito-borne illnesses year-round: remove sources of standing water, especially after rainfall; and if you will be in mosquito-prone areas, wear protective clothing (such as long-sleeved shirts and pants) during peak times from dusk until dawn, and use a recommended mosquito repellent according to manufacturer’s directions.

Symptoms of WNV infection are often mild and may include fever, headache, nausea, vomiting, a rash, muscle weakness or swollen lymph nodes. In a small number of cases, infection can result in encephalitis or meningitis, which can lead to paralysis, coma and possibly death.

JACKSON, Mississippi (AP) — State health officials are reporting a second death from the West Nile virus in Mississippian. The state Department of Health said Tuesday the most recent death occurred in Madison County. The […]