PUNE, India — An afternoon fire on Jan. 21 that killed five people on the campus of the Serum Institute of India, the world’s biggest vaccine production site manufacturing 1.5 billion doses a year, did not affect production of the coronavirus vaccine.

Another fire broke out at the campus around 7:30 p.m. No update was available by press time about any casualties or damage.

“There were six to eight of us working inside the building when the [first] fire broke out,” said Jiten Kumar, brother of Bipin Kumar, one of the workers who died in the fire. “As the fire grew, we were alerted to evacuate the site, and we ran out. But my brother and Rama Shankar [another worker] were caught in the commotion and could not leave.”

Bipin Kumar and Rama Shankar were among the five who died when fire engulfed a building under construction at the Pune campus of the Serum Institute of India. Four workers were rescued.

“I commute every day to work from Hadapsar, about 10 kilometers (6.2 miles) away,” said Gorakh Jadhav, 31, a mechanic who runs a small shop opposite the campus. “I heard a loud noise between 2:15 p.m. and 2:30 p.m. When I came out of the shop, I saw smoke billowing from the building. The fire brigade reached the spot around 3:15 p.m.”

The cause of the fire has not been determined. Fifteen fire tenders were used to extinguish the blaze in about an-hour-and-a-half.

All five who died were younger than 25 years and were from the northern state of Uttar Pradesh. Their bodies were taken to the hospital for further investigation at around 5 p.m. The National Disaster Response Force arrived at around 5:45 p.m. and was on-site fighting the second fire in the evening.

The Institute has offered compensation to the families of the deceased workers.

“We are deeply saddened and offer our condolences to the families of the departed,” it tweeted. “In this regard, we will be offering a compensation of INR 25 lakh ($34,238) to each of the families, in addition to the mandated amount as per the norms.”

Residents of nearby areas told Zenger News that several VIP cars, ferrying the mayor and other local authorities, rushed to the scene to assess the damage before the fire engines arrived.

“The fire broke out at the sixth floor of the building,” said Murlidhar Mohol, the mayor of Pune. “Five charred bodies were recovered from different sections of the building by the firefighters after the fire was doused.”

The mayor said the fire would have no impact on the manufacturing and storage of the vaccine.

“Covishield is being manufactured and stored in the old campus of SII, which is approximately a kilometer away from the site of the fire. There will be no delay in the rollout of the vaccine.” said Mohol. 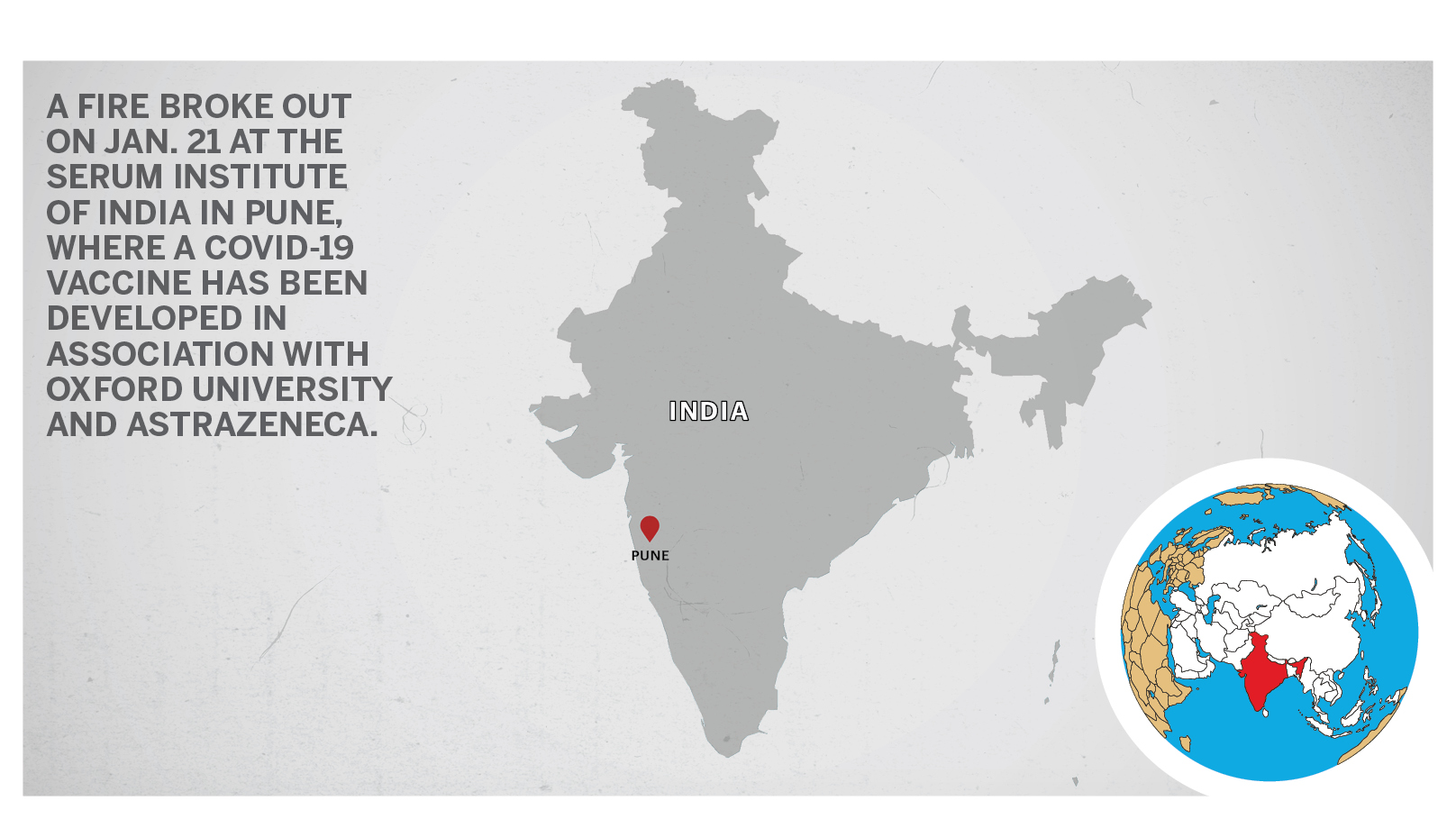 Adar Poonawalla, CEO and owner of the Serum Institute, also said that there will be no loss in the production of the vaccine.

“I would like to reassure all governments & the public that there would be no loss of Covishield production due to multiple production buildings that I had kept in reserve to deal with such contingencies at the Serum Institute India,” he tweeted.

Prime Minister Narendra Modi offered his condolences to the families of the workers who died.

“Anguished by the loss of lives due to an unfortunate fire at the Serum Institute India,” Narendra Modi tweeted. “In this sad hour, my thoughts are with the families of those who lost their lives. I pray that those injured recover at the earliest.”

(Saptak Datta and Shirish Shinde contributed to the reporting.)