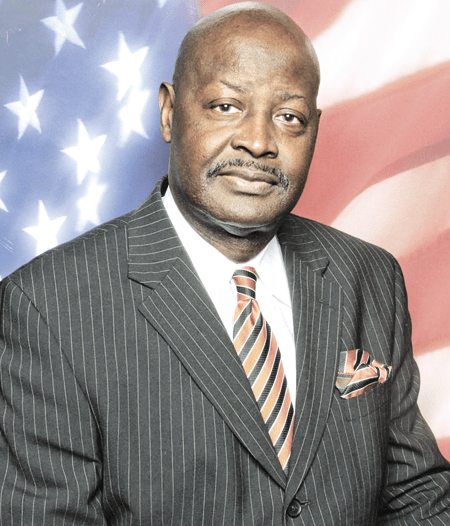 This week, Courtroom No. 7 in the Hinds County Courthouse is a very popular hangout. The annual delinquent property tax sale is underway. The first day of the tax sale for properties in Hinds County drew a standing room only crowd. “This is a good day for our county,” said Eddie Fair, Hinds County Tax collector. “Monies from these properties are placed back into our general fund and used for various reasons including the Jackson Public School District.”

Fair said although the annual event raises millions of dollars for the county, it is bittersweet for him because in a real sense, property owners lose. “We don’t want to see anyone lose their property,” he said. “I want it understood that we have good people (property owners); they just fall into bad situations sometimes, especially now with the way the economy is.”

Fair explained how citizens have less of a chance of getting the property back when people come from out of state to buy the property. When the property is purchased by a local person, those losing the property “have an opportunity to get it back and can communicate with them (the purchasers),” Fair said. “That’s why we try hard to keep it in Hinds County.

In Mississippi, the annual percentage rate (APR) on a tax lien certificate is 18 percent. The redemption period (the time in which the owner has to pay the delinquent taxes and regain the property) is two years. If the delinquency gets up to the third year then it matures over to the first highest bidder for the first year. If that bidder for some reason does not file a tax deed for the property, then it goes to the highest bidder for that second year.

According to the Hinds County Chancery Clerk Office, no property goes unsold. If no one purchases the tax sale on the property, then it is sold to the state.

Jackson native Bennie Wansley is a homeowner today because, in 2006, he bidded on the house that he rented for several years and won the bid. “The house became mine in 2009. I have the deed. In 2006, I paid $358.78 taxes plus the $10 I bidded for a two-bedroom house on Morton Avenue. No credit checks, no down payments or closing cost,” Wansley explained. He was the only person to bid on the property that year.

Wansley said he would like others to learn the process of gaining property through tax liens, especially African Americans. “I’m still learning the process, but this is a good way to become a homeowner. As long as the owner does not redeem [pay the taxes] on the property during the redemption period, the property is yours if you pay the taxes,” he said.

However, legal experts caution individuals to do research before getting involved in bidding on a piece of delinquent real estate. Some properties have risky circumstances (i.e. bankruptcies, heirs and other conflicts). Others say the process is one of the lowest risk investments one can make.

While Fair also want people to educate themselves about the consequences of not paying their taxes, he also understands that there are often unforeseen circumstances that cause taxpayers to fall behind. Some forget, experience financial setbacks, never receive the notices or might experience health disabilities.

For example, Wansley said the person who owned his home was diagnosed with Alzheimer’s and forgot to pay the taxes, and the next of kin (person in charge), later decided she could not afford the property upkeep.

The sale is tentatively scheduled to end Thursday, Aug. 30 but could continue until Friday.