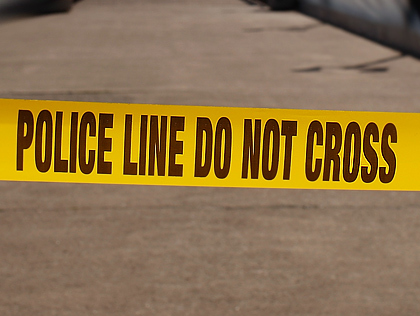 MCCOMB, Miss. (AP) – Deputies in Mississippi found the bodies of two people killed by gunshots to the head, and say it appears to be a murder-suicide.

Pike County Chief Investigator Chris Bell tells news outlets that deputies in McComb found the body of 54-year-old Dazzie Peters in her home along with 65-year-old Mike Seay. Both had a gunshot wound to the head, and authorities said it appears Seay’s wound was self-inflicted.

Authorities say Peters and Seay were dating, and Peters wanted out of the relationship. Their bodies have been sent to Jackson for autopsies.

MCCOMB, Miss. (AP) – A popular venue for music concerts and other entertainment in downtown McComb is getting a new name. The Depot Pavilion will be rechristened “The Bo Diddley Pavilion” in honor of the […]

2 dead in Fourth of July shooting

News Briefs From Across The State By Monica Land Man and woman found dead in backyard While many details are being withheld pending an investigation, Hattiesburg police have confirmed that two people are dead following […]

Soldier from McComb among wounded in Fort Hood shooting

April 4, 2014 Online Editor News, The Buzz Comments Off on Soldier from McComb among wounded in Fort Hood shooting

McCOMB, Mississippi (AP) — The wife of a soldier from McComb, Miss., says he is among 16 people wounded by a soldier who killed three others and himself at Fort Hood, Texas. Renee Powell Westbrook […]