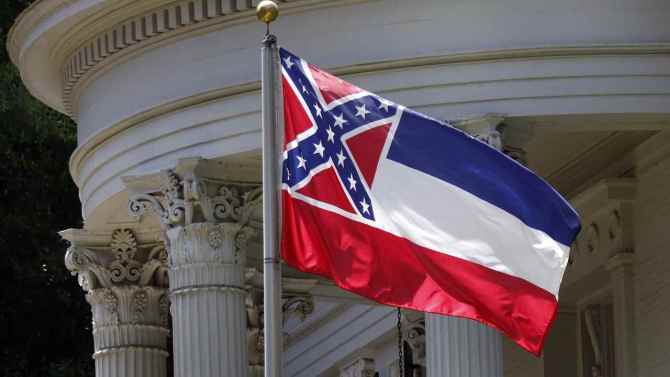 JACKSON, Miss. (AP) – The last of Mississippi’s eight public universities is stopping the display of the state flag that prominently features the Confederate battle emblem.

Delta State University President Bill LaForge announced the decision Thursday in a news release, saying the flag has been retired to the university’s archives.

After Mississippi State University and the Mississippi University for Women lowered the flag this summer, the 3,600-student school in Cleveland was the last displaying it. Delta State flew the flag alongside American and university banners on large flagpoles at one end of its main quadrangle, facing a state highway.

LaForge says the university acted because state government hasn’t moved to change the flag. The university called for a different state banner in 2015, with LaForge saying Mississippi needs a flag symbolizing unity, not divisiveness.