Supporters of a scholarship named in honor of Charles Holmes, retired chair and professor of the Political Science Department at Jackson State University, met with him at the Dollye M. E. Robinson Building in the College of Liberal Arts at 3 p.m. May 6. Holmes was referred to as an innovator who had the university and students at heart. Those who spoke of his ingenuity gave him high marks.

Mario Azevedo, dean of the College of Liberal Arts, likened Holmes to a man who always likes to explore things. “He is very active in preparing students for law school,” the dean said. He further indicated that gift giving provides a response that assures gifted students to have an opportunity to attend Jackson State, creates an opportunity for perpetual income and benefits current generations and future generations. The scholarship further increases enrollment opportunities as well as ways to increase academic excellence.

Chair of the Department of Political Science, Ricky Hill, specified that freshmen majoring in social science, history and urban development would benefit from the Holmes scholarship.

“We have seen someone who has been giving back all of his life,” Vice President and Provost Evelyn Leggett, told those present. “We appreciate your providing scholarships for students, your thinking about someone beyond yourself,” she said.

During an interview following the session, Holmes mentioned, “This is an endowed scholarship in my name – $25,000 to be matched to $50,000. It’s to end in 2019. I feel highly honored, elated. Being a teacher, it means a whole lot when your students think about you that way.”

The names of former students Holmes recalled having influenced then came to mind. Students have contributed to the scholarship. Carlton Reeves is a lifetime judge. Cornell Brooks is executive director of the NAACP. Janie Lewis Blackmon is a judge. Terri Fleming Love is a judge in New Orleans. There is Mississippi Sen. Hillman Frazier. Lee Jackson is a lawyer in Washington, D.C. Felecia Adams, U.S. Attorney in Oxford, was appointed by President Barack Obama.

Holmes envisions that with the scholarship students will attend law school or study in a law-related discipline. Yet, he desires that they move into even greater spheres. “We need our folks to be in control as copyright agents, etc.”

The JSU lover and widower contended that throughout his entire teaching career, he never got out of character with women. Among them all, he held two in high regard: Willene  Holmes, his supporter and wife by many years and his deceased friend, Margaret Grice Teague.

“I recall the scholarship drive. Margaret and I were classmates for four years. She helped to raise money for this scholarship,” said the professor.

Among those who commented about Holmes were Teague’s daughter, La Sonya. “I am proud to be here and to see that my mother was acknowledged for us,” she said.

Holmes’ former student, Gloria Hardiman, practices environmental law and is assistant chief counsel for the Southern Region for the U.S. Department of Transportation in Atlanta. Though she could not attend the event, Hardiman said of Holmes during a telephone interview, “He was such a unique person. When I think of him, I think of Carter G. Woodson. He often talked about men of scholarship and prophetic insight to lend us into the light. He made each student feel like he was there for him/her. He and I have made a long-time relationship since JSU.” 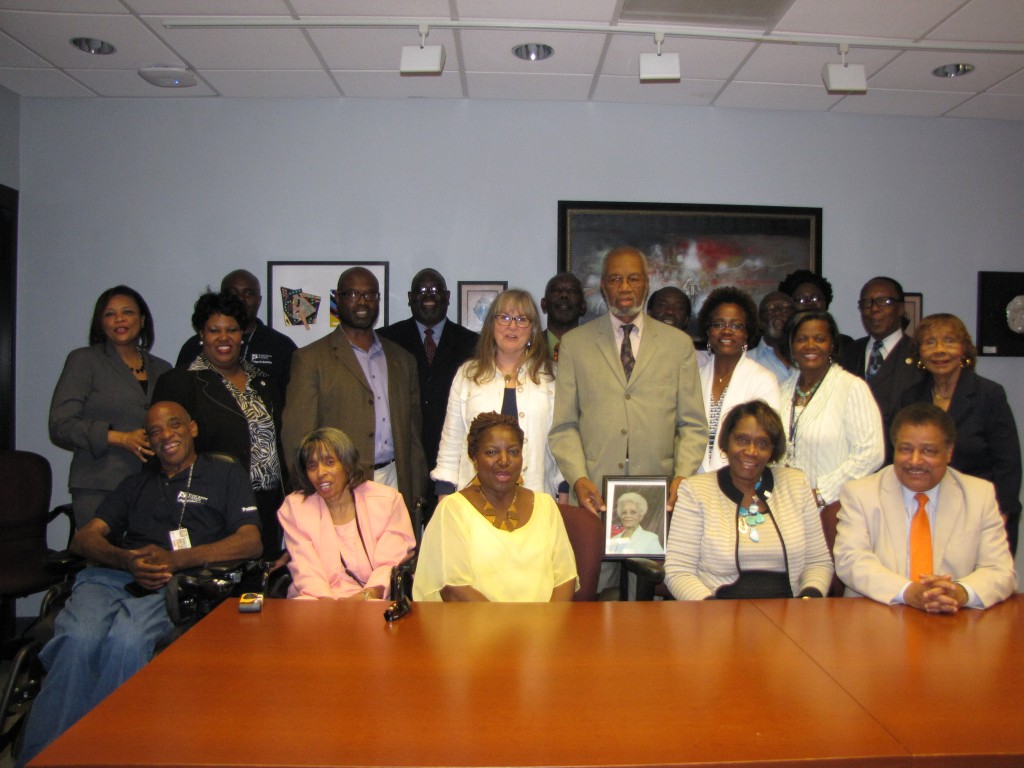 The Margaret Walker Center is pleased to announce that Reena Evers-Everette will be the keynote speaker for the 44th Annual Dr. Martin Luther King, Jr., Birthday Convocation at 10 a.m. Friday, Jan. 18, in the Rose Embly McCoy Auditorium on the JSU campus. The MLK Convocation is free and open to the public.

Evers-Everette is the daughter of civil rights activists Medgar and Myrlie Evers…. […]