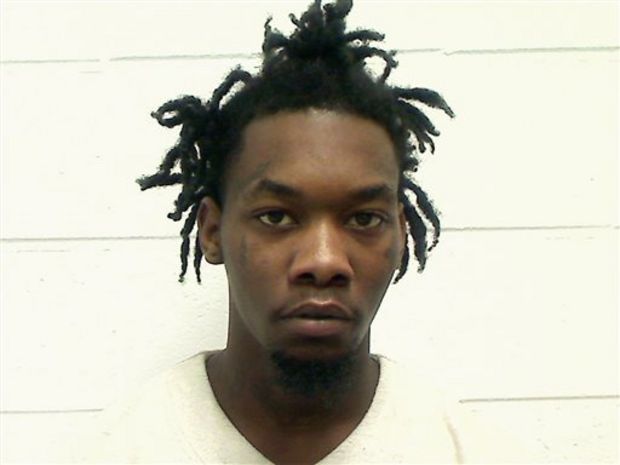 (AP) All three members of the hip-hop group Migos face drug and weapon charges following their arrests after they left the stage at a weekend performance at Georgia Southern University, authorities said.

The group and its associates arrived for the Saturday night concert on the Statesboro campus in two vans, Bulloch County sheriff’s officials said in a statement to The Associated Press.

Members of a crime suppression team made up of Statesboro police and sheriff’s deputies detected “a very potent smell” of marijuana coming from the two vehicles, sheriff’s officials said in the statement.

As the musicians went inside Hanner Fieldhouse to perform, investigators contacted the drivers of both vehicles. A search of the vans found multiple guns, marijuana and another undisclosed drug, sheriff’s officials said.

“These discoveries were intensely concerning as the drugs and firearms had been brought to a university sponsored event where over a thousand students were congregated,” sheriff’s officials wrote in the statement sent by Bulloch County Chief Deputy Jared Akins.

The musicians were identified as 24-year-old Quavious Marshall; 20-year-old Kirschnick Ball; and 23-year-old Kiari Cephus. It wasn’t known early Monday whether they have attorneys.

Phone calls and emails to the group’s management team Monday morning were not immediately returned.

About a dozen other suspects — all occupants of the two vans — were also taken into custody following the concert. Information about them and the charges they face were not immediately available.

The arrests took place during the school’s annual spring concert. Migos had contracted with Georgia Southern to perform at the event, the sheriff’s office said.

Statesboro is about 200 miles southeast of Atlanta.