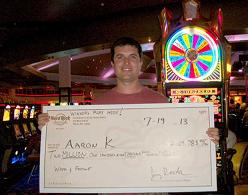 Aaron K. of Baton Rouge won $2,109,783.03 on Friday at the Hard Rock Casino Biloxi. This is the second Wheel of Fortune multimillion-dollar jackpot to hit there this month. (Sun Herald photo)

Winner is a cook on a riverboat

A Baton Rouge, La., man became a millionaire Friday after hitting a $2.1 million jackpot at the Hard Rock Casino in Biloxi.

The man, identified in a casino news release as Aaron K., works as a cook on a riverboat. He says he had been playing the Wheel of Fortune slot machine for less than five minutes when he hit the progressive jackpot.

A change of plea hearing is scheduled Aug. 29 in U.S. District Court in Aberdeen for Denorris Howell.

Howell was indicted in November along with several others and charged with conspiring to distribute cocaine and marijuana in Lee and Chickasaw counties.

The plea hearing is scheduled to take place in U.S. District Court in Aberdeen.

Plan to expand parks board is dropped

The city of Corinth’s mayor and board of aldermen have scrapped a proposal to expand membership on the park commission.

The Daily Corinthian reports a proposal had been made to expand it from five to seven members.

But Alderman Ben Albarracin says the county Board of Supervisors does not support the change, so the proposal has been dropped.

Proposed expansion of parks had been a driving reason for the proposal to put more people on the parks commission, which consists of members appointed by the city and county boards.

Man gets two life sentences in murder of girlfriend 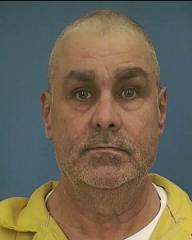 A Hinds County man is serving two life sentences in the beating and stabbing death of his girlfriend in 2011.

Fifty-seven-year-old George Affleck was found guilty in the death of Dianne Hearn.

Hearn’s naked body was found in woods off Interstate 20 near Bolton a few days after she was reported missing.

Police said that on the night Hearn disappeared, her neighbors said they saw her arguing with Affleck outside her home. They said Affleck shoved Hearn into his truck, as she was screaming, and drove away. The next day, detectives found bloody evidence inside Affleck’s home.