TUPELO – (AP) The pilot of a Beechcraft Bonanza was slightly injured Saturday in a crash landing at the Tupelo Regional Airport Saturday afternoon. 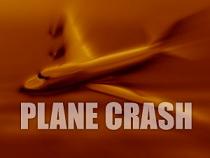 Sarah Robinson, communications director for the City of Tupelo, says the plane came down just short of the runway. She says the pilot was the only one aboard.

Robinson says the plane had left Birmingham, Ala., headed to Tupelo.

The pilot suffered some lacerations and was taken to the North Mississippi Medical Center for treatment.

Robinson said the plane appeared to land short in the Tupelo Buffalo Park, then hit the fence. It bounced in the road and landed on airport property.

The name of the pilot has not been released.

Airport executive director Joshua Abramson says the National Transportation Safety Board was notified and the plane was towed.

Sheriff Jim Johnson told WTVA that Witt was driving south on Busy Bottom Road when he left the roadway and collided with a tree.

Authorities say the accident occurred at approximately 4:38 a.m. It took more than an hour to extricate both individuals from the vehicle, Johnson says. […]