OXFORD – Two local men have been charged with stealing copper from irrigation systems on farms in the Delta and trying to sell it in another state. 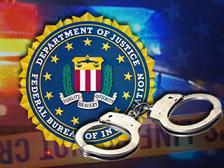 Felicia C. Adams, United States Attorney for the Northern District of Mississippi, and Daniel McMullen, Special Agent in Charge of the Federal Bureau of Investigation, Jackson Division, said that: Curtis Tigues, 29, of Inverness and Ernest Calvin, 31, of Belzoni were arrested on charges of conspiracy to commit interstate theft. Each man is charged in a one count indictment alleging conspiracy to possess, sell, and dispose of copper metal stolen from irrigation systems on farms in the Mississippi Delta and then sold in Arkansas.

Both appeared in U.S. District Court on the charges and were released on bond pending trial.

GREENVILLE – (AP) As the City of Greenville begins to improve everything from streets to vacant buildings, it also is working to revamp the city’s website in an attempt to make it the news hub […]

Recently, some Mississippi residents have received an alarming e-mail, supposedly containing an “FBI Alert” about someone with whom they’ve communicated on line. This e-mail requests that recipients contact the “FBI secret service” by following a link provided in the e-mail.

Well, be warned! The e-mail is not from the FBI and if users click on the embedded link, they run the risk of infecting their computer with a malicious virus, FBI personnel said. […]

Since 1990, the FBI Director’s Community Leadership Award (DCLA) has been a principal means by which the FBI has publicly recognized the achievements of individuals and organizations who have worked diligently to prevent crime, drug and gang violence, and to promote education in their community. Each of the FBI’s field offices selects one individual or organization each year to receive this award. […]