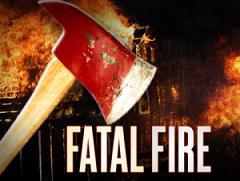 A call came in about 4:15 p.m. Saturday at 1777 Southaven Circle. When crews arrived, flames could be seen shooting from the side of the home along with heavy smoke.

When firefighters arrived they learned the victim was inside, according to Jackson Fire Department Public Information Officer R.D. Simpson, WLBT said.

Neighbors ran to the home when they saw smoke and attempted to save the man.

The cause of the blaze remains under investigation.