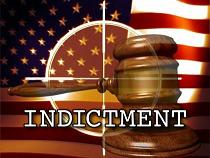 According to the indictment, these defendants made false and misleading statements to banks in relation to construction projects and to a surety and bonding company in relation to bonds issued to C.E. Frazier Construction Company.

Count two of the indictment charges Austin W. Frazier, C.E. Frazier, Jr., and Spencer Copeland with conspiracy to commit money laundering. According to the indictment, these defendants conspired to conceal the money that they obtained through the fraudulent statements by transferring it through various bank accounts and taking other steps.

The Fraziers made their initial appearances Tuesday afternoon before Magistrate Judge Keith Ball, who set a trial date of Feb. 5, 2013, before U. S. District Judge Dan P. Jordan, III.

7 accused of money laundering in Mississippi

March 6, 2012 Monica Land News Comments Off on 7 accused of money laundering in Mississippi