The proud, beautiful, progressive ladies of Beta Delta Omega Chapter of Alpha Kappa Alpha Sorority, Inc. issued the statement that they “now have a place to call their own.” The chapter held its dedication and ribbon cutting ceremony at their center located at 5330 Executive Place, in North Jackson, Sunday, Dec. 9 at 3 p.m.

In the midst of the ladies in pink and green were Jackson and Hinds County leaders: Mayor and Mrs. Harvey Johnson Sr., Sheriff Tyrone Lewis, President of the Hinds County Board of Supervisors Robert Graham and City Councilman Chokwe Lumumba of Ward Two.

The Invocation was given by Dorothy P. Williams, chaplain and chair of the sorority chapter. The dedication was provided by Rev. Audrey Hall of Holy Temple Baptist Church in Jackson.

During this lawn ceremony, Dr. Glenda B. Glover, president of the chapter until the end of December was Mistress of Ceremony. She along with C. Denise Wright were credited with spearheading the project to purchase the facility from Comcast during the spring of this year.

As Glover moves into her new position as president of Tennessee State University, she told her sisters and well wishers, “We celebrate the legacy of our beloved member Cozetta W. Buckley, ‘gone but not forgotten,’ with the dedication of the Beta Delta Omega Center….

“Our new facility will allow members to strategically plan and implement programs vital to the sustainability of the family, community and environment from a central location.”

Wright, president of the Coleman Alexander Prosser Foundatioin Inc., the non-profit 501(c)3 arm of Beta Delta Omega, said, “An accomplishment is always worth noting when it comes to fruition from hard work and sacrifice.

“Members have paid a chapter assessment for several years to be in a position to purchase and maintain a facility like this one. This day would not be possible without their commitment to continued service and progress.”

The visionary behind the purchasing property for a sorority house was former chapter president Cozetta W. Buckley. In 1986 under Buckley’s administration, the sorority members were assessed a fee to purchase a building, serving as seed money toward the real property ownership they now celebrate.

The center is an 8,500 square foot building that will accommodate over 400 people during social events. It features two multi-purpose rooms, office space, a large kitchen and dining area, walk-in pantry, two conference rooms and storage space with an extended front yard. Safety features include handicap accessible restrooms and parking spaces.

Among the activities to be held at the center are the sorority’s economic smart fairs, scholarship and award programs, community health fairs, annual Spelling Bee and its International and Global Leadership Through Timeless Service Initiatives.

Alpha Kappa Alpha Sorority has an international membership of 260,000 women in 975 chapters worldwide. The Beta Delta Omega Chapter of AKA began in 1934 at Tougaloo College. 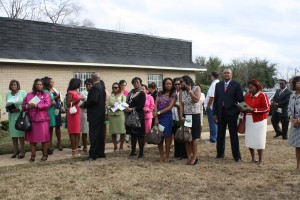 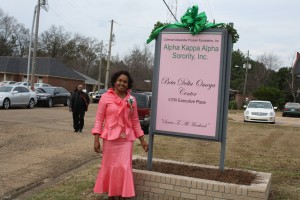 Winter storm watch in effect for parts of Mississippi on Friday

December 5, 2013 Online Editor News Comments Off on Winter storm watch in effect for parts of Mississippi on Friday

JACKSON, Mississippi (AP) — A cold front is expected to bring freezing rain to north Mississippi late Thursday and into Friday with accumulations of up to one quarter of an inch in places. Alan Gerard, […]