NEW YORK – (AP) Richard Nelson Current, a prolific and award-winning Abraham Lincoln scholar who for decades was a leader in his field and helped shape a more realistic view of the iconic president, has died. He was 100.

Current died Oct. 26 in Boston, fellow Lincoln historian Harold Holzer said Thursday. Current’s many books included “The Lincoln Nobody Knows” and “Lincoln the President,” winner of the Bancroft Prize in 1956. He had many other interests, writing about Daniel Webster, the invention of the typewriter and the state of Wisconsin. In his 80s, he and his wife, Marcia Ewing Current, co-wrote a biography of dancer Loie Fuller. In his 90s, he translated essays and stories by the Norwegian author Knut Hamsun, teaching himself the language of his ancestors.

“He never lost his sense of curiosity. It was remarkable,” Marcia Ewing Current, married to the historian for 28 years, said Thursday.

Holzer noted that Current was the last survivor of a trio of Lincoln experts who emerged after World War II: Current, David Herbert Donald and Don E. Fehrenbacher. Current’s most influential work likely was “The Lincoln Nobody Knows,” which came out in 1958. Eric Foner, who decades later wrote a Pulitzer Prize-winning book on Lincoln and slavery, would praise Current’s text as “the most judicious analysis of everything from Lincoln’s family life and political career to his ever-controversial views on slavery and race.” Holzer read the book as a boy and cited it as inspiration for pursuing his own career in Lincoln studies.

“The book punctured such stubborn legends as that of alleged Cabinet-level complicity in the Lincoln assassination, and convincingly advanced the then-new notion that Lincoln significantly evolved on the subject of race over the years from colonizer to liberator,” Holzer wrote in a tribute Thursday. “The book influenced countless young scholars and transformed Current into a hero among historians – capable of strong, lucid prose, vast knowledge of original material, a gift for solid argumentation, and a zero tolerance for falsehood and mythification.” 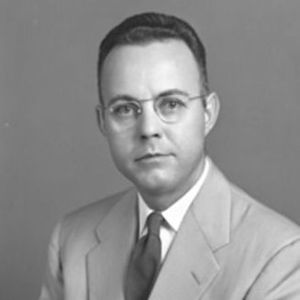 Current himself became caught up in allegations of Lincoln mythmaking when he and Gore Vidal exchanged harsh remarks over Vidal’s best-selling novel “Lincoln.” Released in 1984, “Lincoln” was criticized by Current and other Lincoln historians for what they claimed were falsehoods and an unduly negative portrait of the president. Vidal, in turn, placed Current among the “scholar-squirrels” cushioned by tenure and trapped in a “footnote maze.”

“At many points it is hard to know whether his (Vidal’s) version of Lincoln’s life and times is an outright invention, a dubious interpretation, or simply a mistake,” Current wrote in a letter published in The New York Review of Books. “He is wrong on big as well as little matters. He grossly distorts Lincoln’s character and role in history by picturing him as ignorant of economics, disregardful of the Constitution, and unconcerned with the rights of blacks.”

“One of the signs of obsession,” Vidal responded, “is an inability to tell the difference between what matters and what does not. The obsessed gives everything the same weight. Current juggles words this way and that to try to `prove’ what is often pointless and unprovable. There is an issue here but he can’t focus on it. The issue is Lincoln and the blacks. The United States was then and is now a profoundly racist society that pretends not to be and so requires the likes of Current to disguise the American reality from the people.”

Current was born in Colorado City, Colorado. He was an undergraduate at Oberlin College and received a doctorate in history in 1940 from the University of Wisconsin. Current had originally focused on diplomatic history, but his friendship with Lincoln historian James G. Randall changed his life and the path of Lincoln scholarship. Randall was working on the final volume of a Lincoln biography when he died, in 1953. Randall’s widow asked Current to finish the book, leading to the Bancroft-winning “Lincoln the President.”

According to Current’s widow, he was drawn to Lincoln’s values and integrity and regarded him as a hero. Current lectured around the country and around the world, from Rutgers University and the University of North Carolina to Japan and Chile and even Antarctica, where he met with Navy personnel. In 1995, the Richard Nelson Current Award of Achievement was established by the Lincoln Forum, with winners including Doris Kearns Goodwin and Ken Burns.