COLUMBUS – The teen pregnancy rate in Mississippi is one of the highest in the nation.

As the Columbus and Lowndes County school systems move forward with teaching state-required sex education in the classrooms, educators, students and their parents have very different opinions on the effectiveness of the fledgling program. 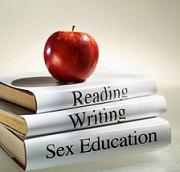 Of the 39,825 babies born in Mississippi in 2011, 5,459 of those births were to teenage mothers. Teen motherhood is particular distressing in the black community: Of the 1,726 babies born to mothers between the ages of 10 and 17, 1071 were born to black mothers.

With rates for teenage pregnancy reaching startling numbers across the state, particularly in the black community, Mississippi educators and legislators struggled to keep sex education relevant and engaging to students.

If the district chose to teach abstinence, students would be encouraged to abstain from sex.

With Abstinence Plus, students are still encouraged to abstain from sex but are taught the dangers of having unprotected sex from a health standpoint.

State and community leaders have planned a Community Town Hall meeting for Wednesday, Oct. 17 in Lexington to discuss the rate of teen pregnancy in Mississippi and the state’s initiative to reduce those statistics.

Dr. Martha Liddell, superintendent for the Columbus Municipal School District, said the school district chose to teach Abstinence Plus after consulting with educators, parents, school nurses and a representative from the Mississippi Department of Health.

“We heard statistics that would blow your mind,” Liddell said. “There are a lot of children involved in sexual relationships.”

Liddell said that during that initial meeting, both she and fellow educators were “floored” to learn that girls as young as nine years old were being diagnosed with sexually transmitted diseases (STDs).

Abstinence Plus will be taught at every age level from sixth grade to 12th grade as part of health classes. The students will be separated by gender, and the course will span a six-week period.

“A lot of times, the boy will pressure the girl for sex,” Liddell said. “By educating them on the dangers and encouraging them to say `no,’ we’re teaching them to be empowered as a girl.”

Dr. James Holzhauer, an OB/GYN in Columbus, said that most teenage pregnancies result from one of two things:

“Kids have a certain amount of wishful thinking,” Holzhauer said. “They have a belief that if they do get pregnant, they can create their own family. They romanticize the idea.”

Another reason for teen pregnancy, he said, is that teens are simply not protecting themselves by using some form of birth control.

As a result, Holzhauer estimates he delivered between 450 and 500 babies last year.

In addition, he said he also diagnosed an estimated 500 STD cases in females last year.

When asked how many men have STDs in Lowndes County, Holzhauer said there was no way to know.

“A boy finds out he has a STD because his girlfriend tells him,” Holzhauer said. “Boys almost never go to the doctor.”

Of the STDs he has diagnosed, the doctor said herpes is “rampant.”

“Herpes is very widespread,” he said.

Holzhauer said encouraging students to make plans for their future is a way to encourage them to not make reckless decisions about having sex.

He said he counsels his patients, helping them imagine a future that does not include being a teen mother.

“I ask them, `Do you want a baby or do you want a family?’ I want them to visualize a future where they are grown women in charge of their lives, where things are good for them.

“Kids I see who are motivated to accomplish something in their lives are rarely the ones I see who come in here with a pregnancy.”

Liddell said the school will be offering classes to parents so they too can educate themselves on teen pregnancy and STDs and counseling them on how to talk to their children about sex.

Bonnie Browning is a mother to a 16-year-old and 12-year-old and said there is an open dialogue in her home when it comes to talking about sex.

She said she hoped she has created an environment where her children feel comfortable talking to her about sex.

She hopes that Abstinence Plus will teach other children how to communicate with their parents.

“Communication needs to be taught as well,” Browning said. “So many times these kids don’t have anyone to talk to or to go to. Then they fall in the gap and that’s where we lose them.”

Mike and Jennifer Enfinger are parents of two daughters, ages 12 and eight.

Jennifer Enfinger said that she wasn’t worried about her daughter having sex yet.

Mike Enfinger said that he feels sex education needs to be taught in the school because he fears most parents don’t talk to their kids about sex until it’s too late.

Studies show that the availability of free birth control dramatically reduces the number of pregnancies and abortions. Schools in New York, responding to an epidemic of pregnancies among their students, have started the controversial practice of handing out Plan B, a birth control that is taken after sex if another birth control option failed or was not used.

That’s not an option the Columbus schools are considering, said Liddell. She said no form of birth control would be issued to students, including condoms.

Liddell is optimistic about the Abstinence Plus program and said that by educating teenagers of the dangers of sex, she thinks they are less likely to engage in sexual activity.

Only time, and next year’s birth rates, will tell if she’s right.

Republican presidential candidate Mitt Romney said, “There are 47 percent of the American people who will vote for the president no matter what…, who are dependent upon government, who believe that they are victims, who believe the government has a responsibility to care for them, who believe they are entitled to health care, to food, to housing, to you-name-it.”

Perhaps Romney should have attended the Sept. 26 (and last year’s) 2nd Annual Jobs for Jacksonians Job Fair and Business Engagement Summit held at the Jackson Medical Mall on Woodrow Wilson Blvd. In this city of over 75 percent African Americans, there were job seekers who filled the Mall’s hallways stretching over a block long and standing or passing nearly elbow to elbow…. […]

The Clarion-Ledger reports that the snake was found Friday night by two Madison residents who saw a large snake crossing a road. […]