A panel of health experts last week urged the Food and Drug Administration regulators to approve Truvada, made by Gilead Sciences, as the first preventive pill against HIV/AIDS.

Truvada first made headlines in 2010, when government researchers showed it could prevent people from contracting HIV. A three-year study found that daily doses cut the risk of infection in healthy gay and bisexual men by 42 percent, when accompanied by condoms and counseling. Last year, another study found that Truvada reduced infection by 75 percent in heterosexual couples in which one partner was infected with HIV and the other was not. 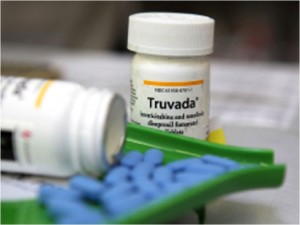 Mitchell Warren, executive director of HIV prevention group AVAC, said after the vote that pre-exposure prophylaxis (PrEP), or the method of taking a drug ahead of potential exposure to HIV, “while not a panacea, will be an essential additional part to the world’s success in ending AIDS.” “For the millions of men and women who remain at risk for HIV worldwide, each new HIV prevention option offers additional hope,” he added. “I think this is a huge milestone,” said Dr. Robert Grant, associate director of the Center for AIDS Research at the University of California, San Francisco, who led the panel’s research. “We are in an era for the first time when we can see the end of the AIDS epidemic.” But Truvada’s groundbreaking preventive ability has exposed stark disagreements on prevention among those in the HIV community. While Truvada’s supporters say the drug is an important new option, critics worry it might give users a false sense of security and lead to reduced use of condoms, the most reliable defense against HIV. “Unfortunately this kind of viral marketing leaves the perception that one can just take a pill and go out and have unprotected sexual intercourse,” said Dr. V. Diana Woods, president, Inland Empire African American Health Institute (AAHI).

“The idea of taking a pill to prevent HIV or STD infections makes perfect sense but to market this drug as prevention without considering the impact of science versus perception, or the psychological, emotional and physical responsibility that comes with having sexual intercourse, is highly disappointing and dangerous,” said Woods. The trouble is adherence. How do you ensure that patients take the pill every day? Who takes responsibility for patients who didn’t take their medication diligently and are not protected? “Plain and simple, in the heat of the moment people take risks.” Experts also question the drug’s effectiveness in women, who have shown much lower rates of protection in studies.

“The jury is still out,” said Stephanie T. Edwards, president, Board of Directors, California Statewide African American HIV/AIDS Coalition, Inc. (CAAHAC) The Truvada research was conducted on gay males and does not address HIV/AIDS in women who account for about 1 in 4 new HIV/AIDS cases in the U.S.

Studies show of those newly infected women, 2 out of 3 are African American, according to Center for Disease Control and Prevention (CDC) data. Studies show most of these women got HIV from having unprotected sex with a man. To date ,more than 230,000 African Americans have died of AIDS – nearly 40 percent of total deaths – and of the more than 1 million people living with HIV in the U.S. today, almost half are black. “We can ill-afford to take our eyes off tackling the root causes of this epidemic which include poverty, incarceration, stigma, fear, discrimination, homophobia, negative perceptions about HIV testing, and lack of awareness of HIV status,” said Edwards. Edwards added, in an era when antiretroviral therapy can help HIV-infected individuals lead healthier lives, African Americans with HIV/AIDS are more likely than other racial groups to postpone medical care and become hospitalized, with the result that they are more likely to die from HIV-related causes.

“HIV’s racial divide is not new,” said Woods. “Each year when

national surveillance data are released, we see the ever-increasing toll the AIDS epidemic is taking on the African-American community. Each year, we ask the same question: Why is AIDS hitting black Americans hardest? There are no simple answers.”

Woods and others also worry that wide scale use of Truvada will divert limited funding from more cost-effective options and squeeze already-constrained health care resources that can be better spent on cheaper and more effective prevention therapies. Truvada sells for about $900 a month, or just under $11,000 per year. The AIDS Healthcare Foundation, which opposes approval of Truvada, estimates that 20 HIV-positive patients could be treated for the cost of treating one patient with preventive Truvada.

“These policies must address the role that homophobia plays in driving new HIV infections among black MSM (men who have sex with men), so that programs mitigating that impact can be implemented.”

“These medical breakthroughs are indeed watershed moments,” said Woods. “However, we must keep moving the agenda forward with a multi-prong approach that includes providing equal access to affordable HIV/AIDS treatment, encouraging abstinence, condom use, HIV testing and awareness of one’s HIV status.”