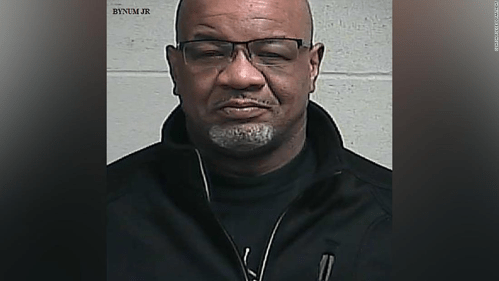 Amid widespread criticism, William Bynum Jr., 57, was named  the 11th president of Jackson State University in 2017 by the Board of Trustees of the Institutions of Higher Learning.

This appointment was met with harsh criticism and much disappointment. Among those expressing grave concerns at the time of the preferred candidate announcement  was the former president of the national alumni association for JSU, Yolanda Owens. She wrote at the time,

“With the announcement of the preferred candidate for president of Jackson State University, the Institutions of Higher Learning Board of Trustees elected to depart from the established 20 step process outlined on its website. The decision on the preferred candidate was made without input from the Interview Search Advisory Committee (who was dismissed May 8) and the board’s application of the policy is a dishonor to the spirit of the process and ultimately the entire Jackson State University community. In my opinion, the board policy as it relates to the search process is significantly flawed and should be thoroughly revised before the next IEO search in the State of Mississippi.

As an alumni family, we are enormously disappointed that the board chose not to honor the recommendation made by the representatives of the administration, faculty, staff, students, foundation, community and alumni. However, our love and dedication for Jackson State University is not diminished. Remember that leaders will come and go, but we will forever be the alumni of Mississippi’s urban university. We will always be committed to our alma mater and will do all that we can to ensure that our dear old college home emerges from this transition even stronger than before – standing as a leader in higher education throughout the state and the nation. After all, We Are Jackson State Univversity.”

Others also expressed concerns during a campus-wide listening session.

DeAndrae Powell addressed Bynum: “I’ve spoken with students and alumni at the Valley and I have received a low approval rate (of your presidency).” To which Bynum responded: “Let’s cut to the chase. I may not be your choice and you have every right to an opinion of who you want. But the board made the choice and I’ve made the decision to accept. Watch me. You don’t have to depend on the opinion of others,” Bynum said.

Jauan Knight, a senior (then) at JSU, challenged Bynum: “If the IHL asks you to do something counterproductive to the university, such as merge the state HBCUs (Historically Black Colleges and Universities), how would you respond?”

“I have no interest in that,” declared Bynum. “I will do things in the best interest of the university.”

Knight continued his questioning: “When you were selected, it was almost without hesitation that you accepted the position with only being at Mississippi Valley for four years. How can we trust that you will stick with JSU?”

“I can assure you the Valley family is okay with my being here,” Bynum responded before being interrupted by a loud crowd of “Oh no’s” from the audience.

Fast forward nearly three years later, Bynum resigned from his presidency after being arrested in a prostitution sting at a Clinton hotel this week. Bynum was charged with procuring services of a prostitute, false statement of identity and simple possession of marijuana.

Bynum allegedly gave officers a fake name when he and 16 other people were busted in the sting operation.

It is with the same cloud of suspicion that he was hired; he leaves with. Bynum’s legacy at JSU will forever be tarnished. The university will survive.