MELBOURNE, Australia — The who’s who of the international music scene have paid tribute to Australian industry great Michael Gudinski at his state memorial service.

British music star Ed Sheeran, who was granted an exemption to fly into the country with his family, headlined a star-studded cast of live performers for Wednesday, March 24, night’s send-off at Rod Laver Arena at Melbourne Park. The venue is Australia’s favorite concert arena and home to the Australian Open.

The singer and songwriter opened with Castle On The Hill, saying it became a personal favorite of the Mushroom Records founder after playing it for him and wife Sue at their Port Douglas home in 2015.

“He must have misheard the lyric because he started, from that point, screaming whenever he saw me ‘we were younger then,’” Sheeran recalled.

“I never told him it was actually ‘I was younger then.’” 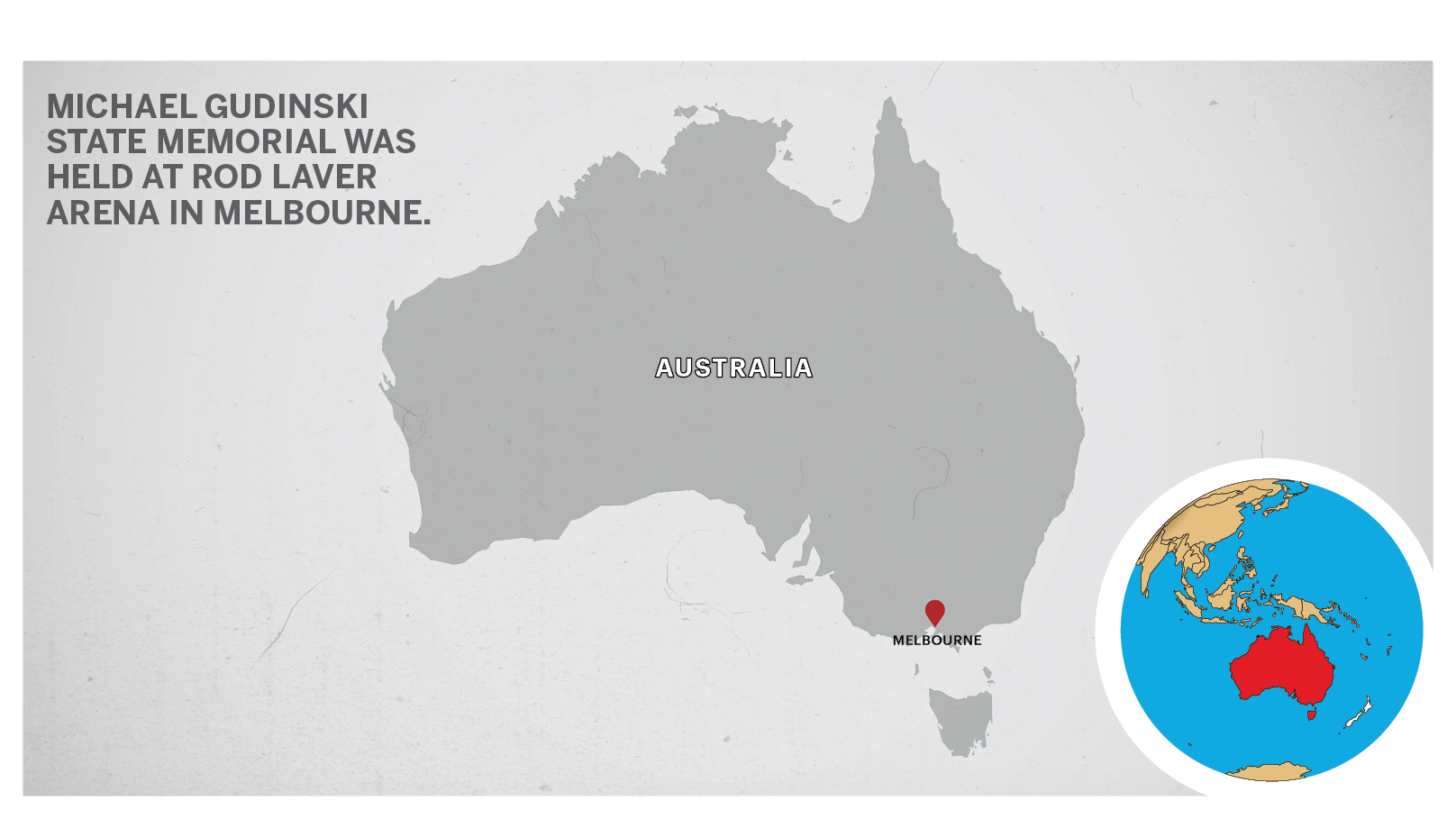 Before raising spirits with a Sheeran-aided duet of her 1987 hit “Loco-motion,” the Aussie queen of pop credited Gudinski with kick-starting her critically acclaimed music career.

“Michael, the ‘Big G,’ took this little girl from Melbourne to the world and back home again,” Minogue said.

“We will cherish his memory. Shine on you crazy man,” said Sir Elton, who trusted Gudinski to oversee his final Australian tour last year.

Bruce Springsteen said Gudinski was the last of a dying breed of music promoters.

The 15,000-seat arena was packed for its first music event since the Covid-19 pandemic hit, with those who missed out on tickets tuning in online.

“He was full of life, and some would say he lived 10 lives in one,” Matt Gudinski said.

“There was only one Michael Gudinski, and they’ll never be another one like him.”

Gudinski was a godfather figure of the Australian music scene, having founded independent label Mushroom Records in May 1972.

He died suddenly in his sleep on March 2, aged 68.