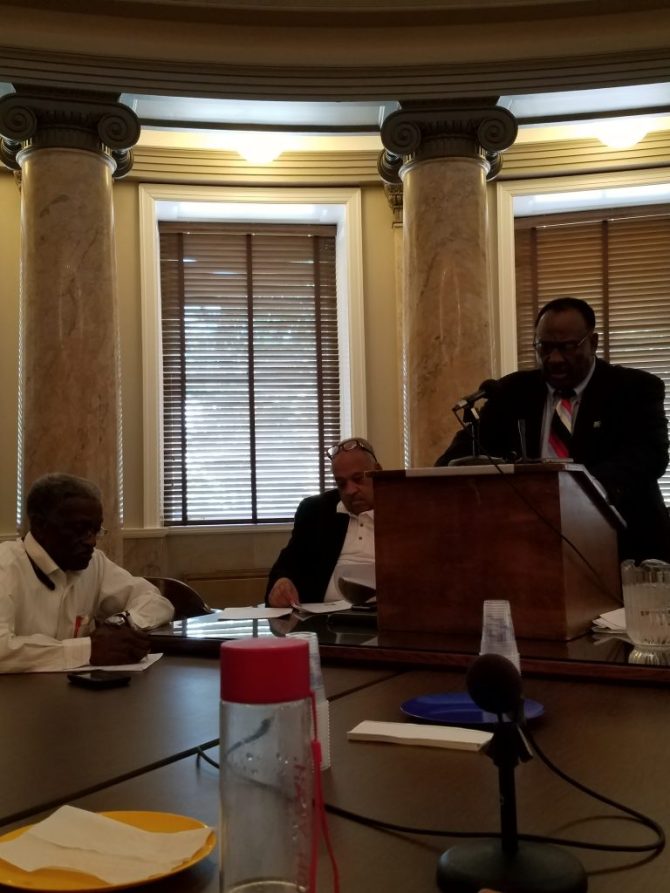 May 17 was the 63rd anniversary of Brown v. Board of Education. Concerned citizens met in Room 113 of the Capitol with original civil rights lawyer of the Jake Ayers Case – Alvin Chambliss, Jr. who quoted President Donald Trump as saying that he would not enforce Title III funding for black colleges because they are vestiges of the past and violate the 14th Amendment to the Federal Constitution.

In refutation, Chambliss explained that the systematic approach to marginalizing Historically Black Colleges and Universities (HBCU) is what warrants their lack of support.

It was in 1975 that the late Jake Ayers sued the state of Mississippi for negligence of Black Institutions of Higher Learning. In their call for more money investments in these institutions, plaintiffs were successful in their attempts to end desegregation and discrimination. The Policy of Racial Exclusion was outlawed under the leadership of Chief Justice Earl Warren. According to Chambliss, Brown v. Board of Education was “an admission case in that Warren granted education open to all on equal terms.”

In that light he charged black faculty at HBCU’s to get proactive by making their voices known and pressuring the legislature, the mayor’s office and the city council to deal fairly with them. “Black people have to enforce a sit-in on the college board. You have to get arrested. It’s up to us to move the agenda. You can’t allow others to do it. Hinds Community College is fairing better than JSU, Mississippi State, Ole Miss and Southern,” he said.

“If the JSU faculty is too afraid to come to their own rescue, then they don’t need to be working.” The civil rights lawyer mentioned that when he was in Washington recently, “President Donald Trump was deaf when it came to black colleges which have been in a swirl for the last ten years.” Chambliss further argued, “Howard University is almost on life support and there is a no-confidence vote in the school’s president. Look at all the black schools that are in trouble. Jackson State, Alcorn and Valley were promised $50 million, yet they’re talking about closing these schools. When I first met former JSU president Ronald Mason, he was talking about combining JSU, Alcorn and Valley.”

During the question/answer session, State Representative Kathy Sykes mentioned that the Ayers Case originally focused on discrimination against historically black colleges and universities. It was about equity and funding. Over time the focus shifted to reflect that the black institutions were discriminating against nonwhites.

The black institutions, she explained, have not been fully funded. “All colleges are driven by student enrollment, graduation and degrees. To re-open the Ayers case, you need a resolution from the Black Caucus, all black boards of supervisors, the state and the city council. To get enough people to support it, you have to talk about fundraising. You need justices. If they see enough movement, they’ll listen. You can file a motion asking the court to clarify ruling for black colleges,” said Chambliss. 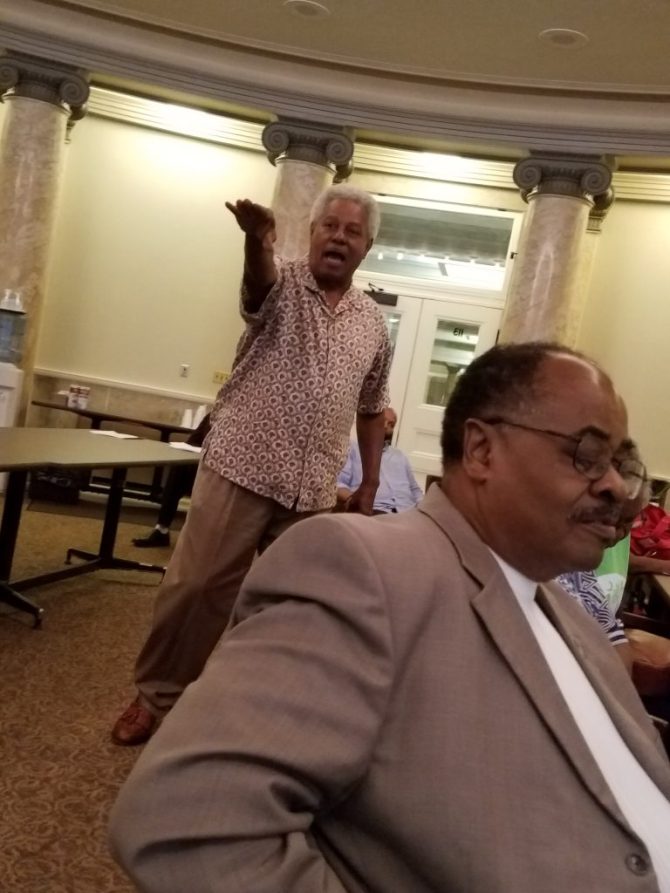