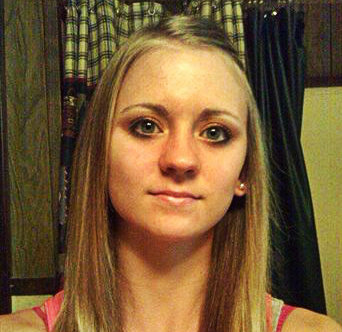 BATESVILLE, Mississippi (AP) — About 400 mourners packed a chapel in Mississippi on Saturday to say goodbye to a 19-year-old woman who was burned alive, among them classmates who used permanent markers to write heartfelt messages on her white metal coffin.

“Fly high, Jessica,” said some, a reference to the former cheerleader’s aerial acrobatics, according to the Rev. Eric Greggs, one of three speakers at the 45-minute service.

Chambers graduated from South Panola High last year and worked in sales at a Batesville clothing and gift shop.

Alabama author Linda Oliver said Chambers had recently asked her to help write a book about her life.

Oliver, of Birmingham, said Chambers approached her while she was packing up after a speech about her own book at an Oct. 25 church conference in the Batesville area.

“She thanked me for sharing some of the horrible facts of my own story” and then asked for help with hers, Oliver said. “She said, ‘I want my story to be told.'”

Contacted later by email, Oliver was asked by an Associated Press reporter if she spoke with Chambers long enough to learn her story.

“No, sadly – there was not enough time that day for a long visit,” Oliver replied.

The Rev. Larry Kilgore of Crowder Baptist Church, about 15 miles from the funeral home where Chambers’ funeral was held, said she talked with him about personal problems, but had a relationship with Christ.

“Jessica was a young lady who just loved to be loved,” he said.

He didn’t talk about Chambers’ problems: “I will not expose her in death,” he said.

Greggs preaches at Community Church of God in Charleston, about 25 miles from Wells Funeral Home in Batesville, which live-streamed the service.

He said a church member called last Sunday, the day Chambers’ body was found, to tell him about her death. “I was struck with a heavy heart,” he said. “I got off the phone and told my wife, ‘I don’t even feel like preaching anymore.'”

But, he said, resurrection is the “good ending to the story.”

“We will see you on the other side. Hallelujah.”

The chapel where Chambers’ funeral took place seats about 400 and was full, said owner Tommy Wells.

Police are reconstructing the last few hours of Chambers’ life and are asking the public to come forward with information. So far, they have few solid leads, in spite of $11,000 offered in rewards.

She was still alive when a passing motorist saw her lying near her burning Kia Rio sedan about 8:15 p.m. Dec. 7, and she spoke to rescue workers, District Attorney John Champion has said.

“We’re not releasing what she said, but we’re acting on it,” he said.

Jessica Chambers case: Reward up to $17,800 for information about who burned woman alive

December 25, 2014 Online Editor News, The Buzz Comments Off on Jessica Chambers case: Reward up to $17,800 for information about who burned woman alive

PANOLA, Mississippi (AP) — The reward for information about whoever burned a 19-year-old woman is nearing $18,000, and authorities say they are narrowing the list of people who might know something about the case. Jessica […]

MOSS POINT, Mississippi (AP) — A funeral will be held next week for Josie Wells, a deputy U.S. marshal who was killed in the line of duty. Arrangements were announced Thursday by Wells’ alma mater, […]