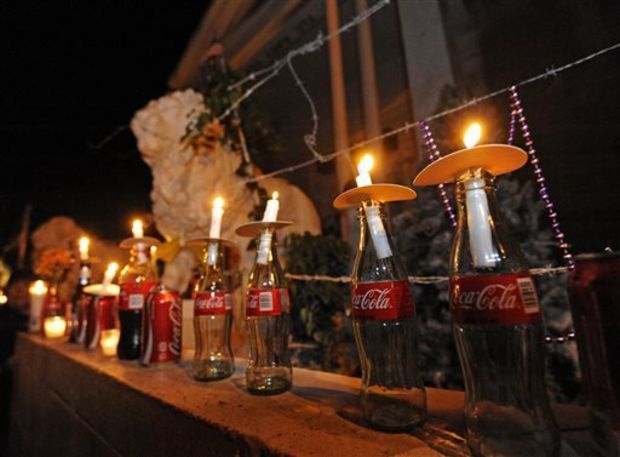 — In Jackson, police have made another arrest in a homicide that is almost a year old.

Police said Haneefah Muhammad, 34, was arrested Tuesday on unrelated charges and questioned by investigators in the 2013 death of Felisha Spann, 41, of Jackson. Muhammad was later charged with murder in that case and booked into the city jail.

“We believe this is the person who pulled the trigger,” Hinds County District Attorney Robert Shuler Smith told WAPT-TV. “We do have others that we’re looking into, but that was a major, major investigation that was done very successfully.”

Smith said the two women knew each other, but wouldn’t release the motive in the case or what led investigators to Muhammad. Investigators don’t believe Muhammad was working alone, Smith said.

Spann was shot in the head and left in a field owned by the Greater Bethlehem Temple on Aug. 27, 2013. Police say her badly decomposed body was found by a church deacon walking the property.

Police say Michael Buck, 48, was arrested in the death last year, but was recently released from jail after a grand jury declined to indict him.

The hospital agreed in May to pay the Mississippi Department of Environmental Quality $87,100 for violating 21 separate rules governing the storage and disposal of hazardous waste.

A May 19 order published by the department said the violations were found in an August 2013 inspection. Some violations focused on improper record-keeping and labeling, while others cited a lack of emergency planning, as well as open containers that should have been closed and improper disposal of wastes.

— At Fort Gordon, Ga., A team from Fort Rucker, Alabama has taken the lead in investigating a Mississippi Army National Guard soldier’s death during a training exercise at Fort Gordon.

The Augusta Chronicle reports the body of 27-year-old Anthony Thomas Scardino was found Friday night after he went missing during land navigation training that afternoon (http://bit.ly/1pNyeDp ). Fort Gordon spokesman J.C. Mathews said it is standard procedure for a team from the U.S. Army Combat Readiness/Safety Center to investigate accidents, particularly when someone dies.

Base officials said in a statement that 2nd Lt. Scardino had three deployments. Scardino was a member of the Mississippi Army National Guard and was temporarily assigned at Fort Gordon for training.

— In Columbus, school board members have voted to hire the uncle of the superintendent’s wife, and could soon vote to hire his wife.

On Superintendent Philip Hickman’s recommendation, the board unanimously voted Monday to hire Leslie Smith as director of schools, paying him $70,000 a year for the newly created position.

The Commercial Dispatch reports Smith is the uncle of superintendent Philip Hickman’s wife.

Three school board members say they were unaware of the relationship when they voted.

Hickman’s wife, Adilah Zalzala, had been listed to be hired as the district’s special education coordinator, at a salary of $42,000 a year.

However, Zalzala’s name was removed from the list of possible hires prior to Monday night’s meeting. After an executive session, Dunn said because she is Hickman’s wife, the board would need to appoint a temporary personnel director who could recommend Zalzala for hire.

— In Tupelo, the City Council may vote next week on adding electronic cigarettes to the city’s public smoking ban, but it’s likely to allow customers to use products at stores that sell the battery-operated vaporizers, as well as create a new rule allowing tobacco to be smoked in tobacco shops.

Council President Mike Bryan had pushed to expand the city’s public smoking ban to include the electronic devices used to deliver nicotine as an alternative to smoking cigarettes. But a split council delayed action, with members seeking to safeguard businesses that sell electronic cigarettes.

The new rule could allow customers to use products in a store that records at least 50 percent of sales from e-cigarette or tobacco products.

At Monday’s council work session, City Attorney Ben Logan said e-cigarettes would be illegal in public places just like cigarettes if the council decided to move forward with an affirmative vote.

To accommodate business owners who already have been granted permits to open e-cigarette shops, Logan said the proposed ordinance would allow e-cigarettes to be smoked in shops where e-cigarettes make up at least 50 percent of sales.