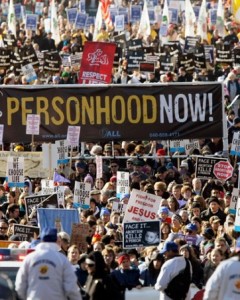 JACKSON, Mississippi (AP) — Mississippians will not vote on a new ballot initiative that would declare life begins at conception.

A spokeswoman for the secretary of state’s office says the initiative’s sponsors missed a Wednesday deadline to submit petitions to get the proposal on the November 2015 ballot. Because of that, the initiative died.

The proposal would have been nearly identical to a ballot initiative that 58 percent of Mississippi voters rejected in November 2011.

Personhood USA and other abortion opponents started a new petition drive in spring 2013, and they had a year to gather signatures from at least 107,216 Mississippi registered voters.

Felicia Brown-Williams, spokeswoman for Planned Parenthood Southeast, says the new initiative, like the old one, “would have allowed the government to interfere in personal and complex health care decisions.”

GULFPORT, Miss. (AP) – Grant money recently approved by Congress could help passenger trains see a comeback along the U.S. Gulf Coast. The Sun Herald reports the $1.3 trillion spending bill that will keep the […]

JACKSON, Mississippi (AP) — A former official of the federal Transportation Security Administration in Mississippi has appealed his murder conviction in the 2011 death of a co-worker. The appeal from Ruben Orlando Benitez is among […]

Mississippi, the hound dog, is adopted by Wisconsin couple

BROOKHAVEN, Miss. (AP) – He ain’t nothing but hound dog, but he was worth the long drive. A couple drove 14 hours from their home in Sheboygan, Wisconsin, to Brookhaven, Mississippi, to adopt a red […]