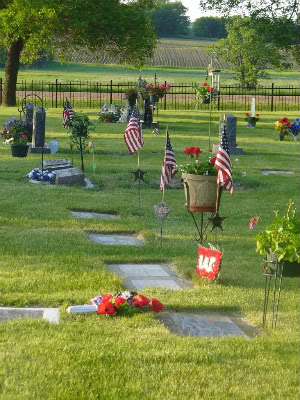 CORINTH, Mississippi (AP) — Three people who authorities say planned to open a florist shop with items stolen from a local cemeteries have been arrested by Alcorn County deputies.

Sheriff’s department Investigator Reggie Anderson tells the Daily Corinthian that the three were arrested after a tip from the public. Each was charged this past week with destroying public property. The three are being held pending an initial court appearance.

Anderson says most of the items — including wreaths, bows, ceramic angels along with wrought iron crosses — were found at the florist business the three were preparing to open.

He says items were taken from cemeteries in the Corinth, Farmington and Rienzi areas.

Alcorn County supervisor, 4 others charged in embezzlement of public money

January 8, 2015 Online Editor News, The Buzz Comments Off on Alcorn County supervisor, 4 others charged in embezzlement of public money

A man who was found in a downtown Jackson hotel pool Friday night has died, WLBT reported.

According to Jackson Fire Department Chief Arson Investigator Greg Travis, the incident occurred just before 10 p.m. at the Marriott on Amite Street.

Authorities said 28-year-old Ben Johnson was pulled from the pool, but there is no indication as to how he fell in. Firefighters, AMR, and Jackson Police responded to the scene. […]