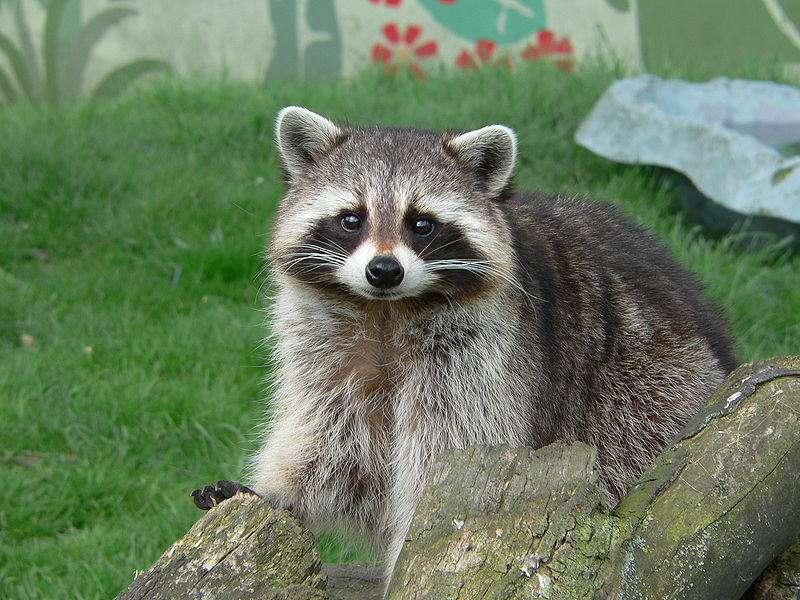 When courtroom staff showed up for work Monday, The Natchez Democrat reports they found the blinds in the courtroom and jury room had been damaged. While their first thought was that the damage was somehow caused by the weekend’s heavy storms, they soon found the real reason — a juvenile raccoon.

“When I got over to the court house, I was advised that we would probably need to use the county courtroom instead of the circuit courtroom because of the raccoon,” Judge Forrest “Al” Johnson said. “I went in and saw him. He was in a back corner in the jury room, and I know enough about coons to leave him alone.”

Johnson said he believed the animal got into the courtroom by climbing one of the trees near the courthouse before getting under the building’s roof and then falling through the ceiling tiles.

The damage to the blinds was likely the result of the animal being able to see the daylight through the windows and trying to escape, Johnson said.

Animal Control Officer Randy Meyers said he was able to capture the raccoon with a net, and that the animal appeared to be unharmed by his weekend in the halls of justice.

Meyers said he released the raccoon into a secret sanctuary he knows outside the city limits.

LEXINGTON, Mississippi (AP) — Holmes County deputies are investigating the death of a 3-year-old boy who was reportedly attacked by two pit bulls at his home in the Thornton community. Sheriff Willie March says Christopher […]