A Maben man and a toddler from Greenville were killed in a three-vehicle collision that occurred Monday morning in Washington County, WXVT reported. 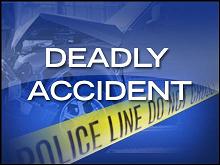 The collision happened on Mississippi Highway 438, west of Arcola, between Spring Lake and West Park roads.

The Mississippi Highway Patrol is investigating the cause.

The deceased are identified as David Leigh Kirkman, 53, of Maben, and Leo Marshall Fields II, 2, of Greenville. Both were ejected from their respective vehicles and suffered head trauma.

The vehicles were a Ford cab towing a flatbed trailer, a smaller truck and a road grader. The trucks both came to rest off the south shoulder of the highway, facing west. The grader was flipped onto its side.

Kirkman was identified as the driver of the Ford.

A 47-year-old Poplarville man is set for trial on charges alleging he stole checks, forged the account holder's name and received more than $20,000.

The Sun Herald reports the trial date for Cleveland Andrew Galloway is Sept. 4.

A federal grand jury indicted him in July on three counts each of bank fraud, wire fraud and aggravated identity theft. He has pleaded not guilty.

Galloway is accused of stealing checks from a Poplarville resident's home, writing checks to himself and causing illegal money transfers between Jan. 4, 2011, and Jan. 11, 2012.

The alleged victims of bank fraud are BankPlus and Chase Bank.

There's no longer a place for residents to drop off their recycling in the Jackson city limits.

The Clarion-Ledger reports the two facilities that once accepted recycling are privately run and under different management, but both have the same problem: Unsorted recyclables have piled up to the point debris is spilling out of their warehouses, and the sites have been forced to shut down.

Waste Management, the company that handles the city's garbage collection, says curbside recycling is still being sorted properly, so the average Jackson recycler has nothing to worry about. But for months now the company has had to ship the city's recyclables to a processing facility 80 miles away in Sumrall, because the local facilities proved incapable of handling the task.

The capital murder trial of James D. Willie, accused of killing two people along North Mississippi highways last year, has been continued until next year.

The Commercial Appeal reports Willie was set to stand trial last week in Panola County for the May 8 shooting death of Thomas K. Schlender.

Schlender, of Raymond, Neb., was found shot to death inside his pickup, which was in the median of southbound Interstate 55 Panola County. Schlender was traveling from his Nebraska home to Florida to pick up his grandson from college.

During a pretrial conference, defense attorneys were granted a motion for a continuance after they said they needed more time to prepare for the death penalty case.

Olive Branch officials have authorized police department to buy two new vehicles that will be used by plain-clothed investigators.

For a few years now, Olive Branch police brass has been using alternative methods for obtaining vehicles for the workforce.

The department has purchased low-mileage used cars, as in the case this week; bought vehicles using grants, and accepted a car as a gift from a local citizen.

The vehicles typically replace cars with about 200,000 miles on them that are no longer cost-effective to maintain.

A Sardis man charged in the roadside shootings of two people in North Mississippi earlier this summer has been indicted on a charge of murder in one of the slayings that occurred in Tunica County.

The Commercial Appeal reports that a grand jury on Aug. 13 returned an indictment for capital murder against James Willie in the shooting death of Lori Anne Carswell of Hernando. […]