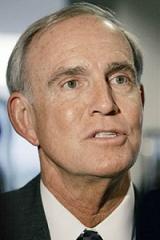 Scruggs will be granted a release on $2 million bond while he appeals a 2009 guilty plea that he improperly influenced then Hinds County Circuit Judge Bobby DeLaughter.

Scruggs says his contacts with DeLaughter were political speech, not bribery. The former attorney, who won a huge settlement against the tobacco industry, was also convicted for conspiring to bribe Circuit Judge Henry Lackey. That sentence is ending, reports the Northeast Mississippi Daily Journal.

U.S. Senior District Judge Glen Davidson granted bond after Scruggs argued that it would be wrong for him to serve more prison time if his current appeal were granted and his conviction overturned.

Scruggs has been imprisoned in Montgomery, Ala.

The Mississippi Supreme Court on Thursday declined to hear an appeal from a McComb man convicted of dealing in drugs.

The city of Philadelphia will pay 13 percent more for health insurance in 2013.

The Neshoba Democrat reports that dollar amount of the increase will be $51,000 for the calendar year.

The city currently pays about $400,000 annually for employee health insurance. The city pays 100 percent of the employee premium while employees pay for the family coverage they want.

Aldermen say the increase will not be passed down to the nearly 100 city employees.

Alderwoman Janice Payne says the city should absorb the increase to help offset the city not being able to grant employee salary increases for 2013.

The property, about one-half mile north of the BMC campus, will be the site of a baseball field, softball field, golf practice range, intramural soccer field, sand volleyball court, and running track.

BMC President Barbara Childers McMillin says the sports complex is important as the school prepares to join the Southern States Athletic Conference in the fall of 2013.

By EMILY WAGSTER PETTUS Associated Press JACKSON, Miss. (AP) – A foundation formed by a man calling himself a “disbarred and disgraced trial lawyer” is helping cover education expenses for 100 Mississippi adults who dropped […]

CLEVELAND – (AP) A Cleveland School District has a deadline of May 15 to show a federal judge how it will desegregate two schools. The Bolivar Commercial reports that the order from U.S. District Judge […]

Miller gets life in 2011 killing of ex-wife

October 31, 2012 Monica Land News, Statewide News Comments Off on Miller gets life in 2011 killing of ex-wife

A 37-year-old man charged with capital murder has pleaded guilty to murdering his ex-wife, accepting a mandatory life sentence.

Had he been tried for capital murder of 35-year-old Tracy Lynn Thornton Miller, Jason Miller of Summit could have been sentenced to death. […]