OXFORD – (AP) A federal judge has ruled the city of Holly Springs cannot prevent a church from relocating to the downtown square.

On Nov. 1, U.S. District Judge Michael Mills issued a temporary restraining order and a preliminary injunction ordering the City of Holly Springs to “cease enforcement of its prohibition against religious organizations on the square.'' 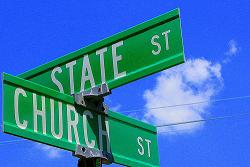 Opulent Life Church and its supporters, including the Texas-based Liberty Institute, have been involved in a long-running dispute with city leaders over the church's desire to a move to a storefront location on the square.

In January, Mills has denied the church's request to stop the city from enforcing part of its zoning ordinance. The church appealed.

While the case was on appeal, the city enacted a revised ordinance that banned churches from operating in the central square

In September, a 5th U.S. Circuit of Appeals ruled against the city and sent the case back to Mills for consideration of an injunction. The panel said the church showed it had outgrown its present location and the Holly Springs' ordinance and its revision “frustrates Opulent Life's religious mission.''

“We are pleased with the decision of the district court, who like the federal court of appeals, recognized that it is unlawful for the City of Holly Springs to place special burdens on churches,'' said Hiram Sasser, Liberty Institute's Director of Litigation. “This case continues to set valuable precedent for churches across the country. Religious freedom is an inalienable right that should not be granted or prohibited at the whim of a single government official.''

The city's ordinance designates area facing the Marshall County Courthouse Square “for certain retail, office and service uses which will complement historic nature and traditional functions of the court square area as the heart of the community life.''

Even though museums and libraries are welcomed on the square, Holly Springs officials have argued that funerals and other church events could interfere with downtown parking.