Collins, a resident of Biloxi, Miss., died of natural causes just before 1 a.m. Saturday after he was admitted Friday evening to Biloxi Regional Medical Center, according to Harrison County Coroner Gary Hargrove.

During the 1980s, Collins hosted the Miss America pageant and the television shows “Hour Magazine” – for which he won a Daytime Emmy in 1983 – and “The Home Show.”

As an actor, he appeared in numerous movies and was a fixture on television in the 1960s and 1970s, playing a variety of guest roles in comedies and dramas including “Perry Mason,” “The Love Boat” and “Ironside,” among others. He also starred in regular series including “The Wackiest Ship in the Army” and “The Iron Horse” in the 1960s and the “The Sixth Sense” in the 1970s.

He kept acting for decades, appearing as late as 2009 in an episode of the TV show “Dirty Sexy Money.” 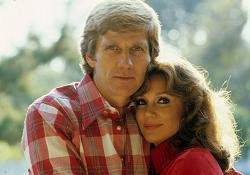 Best known as a handsome and amiable on-air personality, his public image suffered at times because of run-ins with the law.

In 2009, he pleaded guilty in Santa Barbara, Calif., to misdemeanor driving under the influence – his third offense. In 2010, he was fined $500 in Jackson, Miss., for leaving the scene of a traffic accident.

Last year, a Harrison County judge dismissed charges against Collins for allegedly leaving a Biloxi restaurant without paying his bill. Dismissal came after a restaurant employee asked to withdraw his complaint in the case.

As of Saturday, funeral arrangements were incomplete.

Madison County officials say a 44-year-old man has died in a fire at his Gluckstadt home.

Emergency Management Director Butch Hammack says Billy Murphy was trapped by flames in the house fire that started at about 11:45 p.m. Wednesday. Another man, whose name was not available, escaped without injury. […]

JACKSON, Mississippi (AP) — A former Miss America, a former White House spokesman and a Jackson mayor who had a high-profile legal career before taking office were among the notable Mississippians who died during 2014. […]