WASHINGTON (AP) – Vice President Joe Biden has mangled a heaping helping of facts over the years. Despite being newer to presidential-campaign politics, Republican Paul Ryan has already earned something of a reputation for taking flying leaps past reality.

How’d they do Thursday night?

Here’s a look at some of their claims: 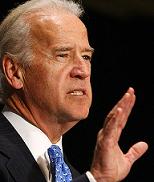 BIDEN, on whether U.S. should have beefed up security at the U.S. Consulate in Libya before the deadly terrorist attack there: “We weren’t told they wanted more security there.”

RYAN: “There were requests for more security.”

THE FACTS: Ryan is right, judging by testimony from Obama administration officials at a congressional hearing this week.

Charlene R. Lamb, a deputy assistant secretary for diplomatic security, told lawmakers she refused requests for more security in Benghazi, saying the department wanted to train Libyans to protect the consulate. “Yes, sir, I said personally I would not support it,” she said.

Eric Nordstrom, who was the top security official in Libya earlier this year, testified he was criticized for seeking more security. He said conversations he had with people in Washington led him to believe that it was “abundantly clear we were not going to get resources until the aftermath of an incident. How thin does the ice have to get before someone falls through?”

RYAN: “We should have spoken out right away when the green revolution was up and starting, when the mullahs in Iran were attacking their people. We should not have called Bashar Assad a reformer when he was turning his Russian-provided guns on his own people.

THE FACTS: Neither President Barack Obama nor anyone else in his administration ever considered the Syrian leader a “reformer.” The oft-repeated charge stems from an interview Secretary of State Hillary Rodham Clinton gave in March 2011 noting that “many of the members of Congress of both parties who have gone to Syria in recent months have said they believe he’s a reformer.” She did not endorse that view. The comment was widely perceived to be a knock at senators such as John Kerry of Massachusetts who maintained cordial relations with Assad in the months leading up to his crackdown on protesters.

BIDEN: “We went out and rescued General Motors.”

THE FACTS: Actually, the auto bailout of General Motors and Chrysler began under President George W. Bush. The Obama administration continued and expanded it.

RYAN: “And then they put this new Obamacare board in charge of cutting Medicare each and every year in ways that will lead to denied care for current seniors. This board, by the way, it’s 15 people, the president’s supposed to appoint them next year. And not one of them even has to have medical training.”

THE FACTS: Ryan is referring to the Independent Payment Advisory Board, created under President Barack Obama’s health care overhaul law. It has the power to force cuts in Medicare payments to service providers if costs rise above certain levels and Congress fails to act. But it doesn’t look like the board will be cutting Medicare “each and every year,” as Ryan asserts. Medicare costs are currently rising modestly and the government’s own experts project the board’s intervention will not be needed until 2018 and 2019 at the earliest – after Obama leaves office if re-elected to a second term.

BIDEN, when asked who would pay more taxes in Obama’s second term: “People making a million dollars or more.”

THE FACTS: Obama’s proposed tax increase reaches farther down the income ladder than millionaires. He wants to roll back Bush-era tax cuts for individuals making over $200,000 and couples making more than $250,000.