One employee shot in the head

Two people have been released from the hospital following a shooting at the Sonic Drive-In on June 7.

Tupelo police say the victims are employees of the business on Main Street.

According to Captain Tim Tate, someone started shooting at the victim’s vehicle after they closed up the business for the night.

One employee was shot in the head and the other in the right shoulder.

Detectives believe the shots came from the Parkway Terrace Apartments, next door to the Sonic Drive Inn.

Anyone with information about the crime should contact Crime Stoppers at 1-800-773-TIPS.

Two killed after being thrown from car during wreck

Lee County Coroner Carolyn Green has released the names of the two people killed in a one vehicle accident last Tuesday in Lee County. Green identified the two as Stacey Stacks, 39, of Belden and Amber Treadaway, 31, of New Albany.

The coroner says their Toyota Tundra pick up truck flipped several times ejecting both victims. They died from multiple trauma.

The accident occurred on June 5 around 8 p.m. on County Road 183 near the Love’s Truck Stop on Highway 178.

A third unidentified person was also in the truck, but did not suffer life-threatening injuries. 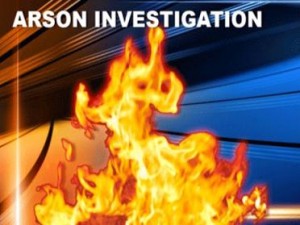 A fire that destroyed most of the Fun Shine Childcare and Learning Center in Leland has been ruled arson by the state fire investigator.

No one was injured in the blaze, which remains under investigation by the Leland Police Department

Leland Police Sgt. Karen Taylor tells the Delta Democrat Times that the owner of the building was called by an alarm company at 1 a.m. Thursday to say the power was shut off at the building.

The owner came to the building and found it engulfed in flames. After the Leland Fire Department put out the fire, Fire Chief Bill Flood found an empty gas can near the building and called the state fire investigator’s office.

A man who police say stole an undetermined amount of cash from a local restaurant is still at large.

The crime happened at the Subway on North Thomas Street in Tupelo June 6.

Police say the suspect apparently threw a brick through the front door of the restaurant.

Once inside, authorities say he broke into the safe and stole a money bag with cash inside.

Authorities say a security camera caught a suspect while he was in the store.

The funds will be used to empower senior citizens to prevent health care fraud.

Mural removed to save building

A mural that has been a downtown West Point attraction for nearly 15 years is being removed to save a wall that is part of the Lyon Insurance building. The Daily Times Leader reports that work began this week to remove the mural so workers can stop water leakage into the building.

Lee Stafford, with the Prairie Arts Association, says the mural was part of a beautification project in 1998.

The building at the site was torn down except for the west wall on which the mural was painted and which became part of the insurance building.

Stafford says there’s no money to restore the mural. He says another mural could be painted if funds become available.

Mississippi’s USDA Rural Development Director Trina George said a loan to the North Lee County Water Association has been approved in the amount of $1,197,500.

The rural development funds will be used to purchase radio read meters which will help to alleviate water loss, increase revenues and reduce fuel consumption.

The North Lee County Water Association spans over 100 square miles and serves 4,270 existing customers. The Board will also purchase 3 emergency generators to prevent loss of system pressure during prolonged power outages and a SCADA system to monitor and control the wells and elevated tanks.

WTVA is reporting that two people were killed following an accident on Highway 6 early Sunday morning, according to the Mississippi Highway Patrol.

Jeremy Rosamond, 27, of Ackerman, and Royce Thompson, Jr., 24, of Randolph died as a result of injuries sustained in the wreck, which took place about 12:45 a.m. Both were driving separate vehicles. […]

Dr. Katrina Poe and the new Kilmichael Clinic in Montgomery County will hold their first health fair since they opened their doors in September 2012.

In conjunction with Kilmichael Hospital, the fair will be held on Saturday, May 18, in front of the hospital at 301 Lamar Avenue from 8 a.m. to 12 p.m.