The 2012 United States House of Representatives elections in Mississippi will be held Tuesday, Nov. 6, to elect the four U.S. Representatives from the state, and Independent candidate Cobby Williams, a Canton, Miss. native, is vying for the Second Congressional District post. 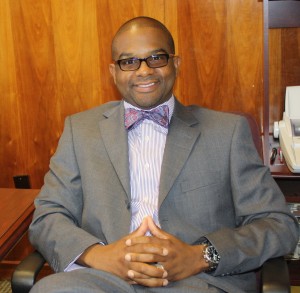 “I didn’t just wake up and say, ‘I’m going to go run for this position,” Williams told The Mississippi Link Tuesday, May 29. “It took a long time for me through thought process and much prayer to come to this decision.”

Speaking of a long time, Williams is challenging 18-year veteran incumbent U.S. Representative Bennie Thompson, a Democrat; Bill Marcy, a Republican; and Lajena Williams of the Reform Party. Williams believes his education background, passion for improving the Second Congressional District coupled with 15 years of experience working on Capitol Hill equip him to run for the post.

• Representative for the Department of State, America Embassy in Addis Ababa, Ethiopia

“My platform is simple: education, job creation and healthcare,” he said. “As of today, when we look at the education system, we need to focus on gaining more qualified teachers for public schools. Our dropout rate is at a high level. We need to pay our teachers more, and in addition to that, get more money to the classroom and expand our vocational training courses.” He said he also wants to look at improving early childhood education.

“We are in double digit unemployment throughout the Second Congressional District which is a problem,” Williams said. “I will propose legislation that will provide tax credits to small businesses. We look at these ghost towns around here; businesses have left the district. I want to restore the flow of credit to small businesses as well so that they can grow and create new jobs.

“Our small businesses are the backbones of our district.”

Darryl Christmon, vice president and chief financial officer for Georgetown University Main Campus in Washington, D.C., said he believes Williams is serious about his campaign for the office. “I grew up in Mississippi’s Second Congressional District, and I think he would bring outstanding commitment to making things better,” said Christmon. Christmon has known Williams since Williams was in high school.

“Don’t get me wrong, I have always supported Bennie Thompson in the past, but I am supporting Cobby now. Sure he is going to have a tough hill to climb, but I think it is time for new ideas and new commitments to make way for the younger generation.”

William’s mother Deloris said she recognizes a lot of people are critical of her son for  entering the race, but she always taught him never to be afraid. “I am happy about what he is doing and support him 100 percent. He has always had a go-get it attitude,” she said.

Williams, who has earned numerous awards and accolades, said he will serve all of the people of the district. In terms of healthcare, the Jackson State University and Howard University graduate said, “The bottomline is we definitely need more access to affordable healthcare. We need more physicians and licensed practitioners; better access to hospitals and all of that within itself will also help create jobs.”

“We also need more processing plants in the Delta and training programs for the Delta as well.”

JACKSON, Mississippi (AP) — A new report by a nonpartisan public policy group says Americans spent an average of three minutes less standing in line to vote in the 2012 presidential election than they did […]

‘Alzheimer’s tree’ to be dedicated

Trial set for 2 men in murder of black man

March 8, 2012 Monica Land News Comments Off on Trial set for 2 men in murder of black man

By Monica Land KOSCIUSKO – Two white man charged with killing a black man in Attala County are scheduled to appear in court on March 28. Frankie Barber, 52, and Barry Ware, 42, both of […]