This Saturday, October 22, 2022, all 3 of the SWAC schools from Mississippi will be celebrating homecoming. This should be a financial boom for the state as alumni nationwide come home to reminisce with classmates, family and friends from their days back in college.

Greeks break out their jackets, hats, shirts, etc. Alumni band members usually get a chance to talk with the current band members and directors.

The weather shouldn’t be an issue for any of the games. Temperatures dropped early in the week, but most of the game temperatures are expected to be around 82 degrees by their respective kickoffs. 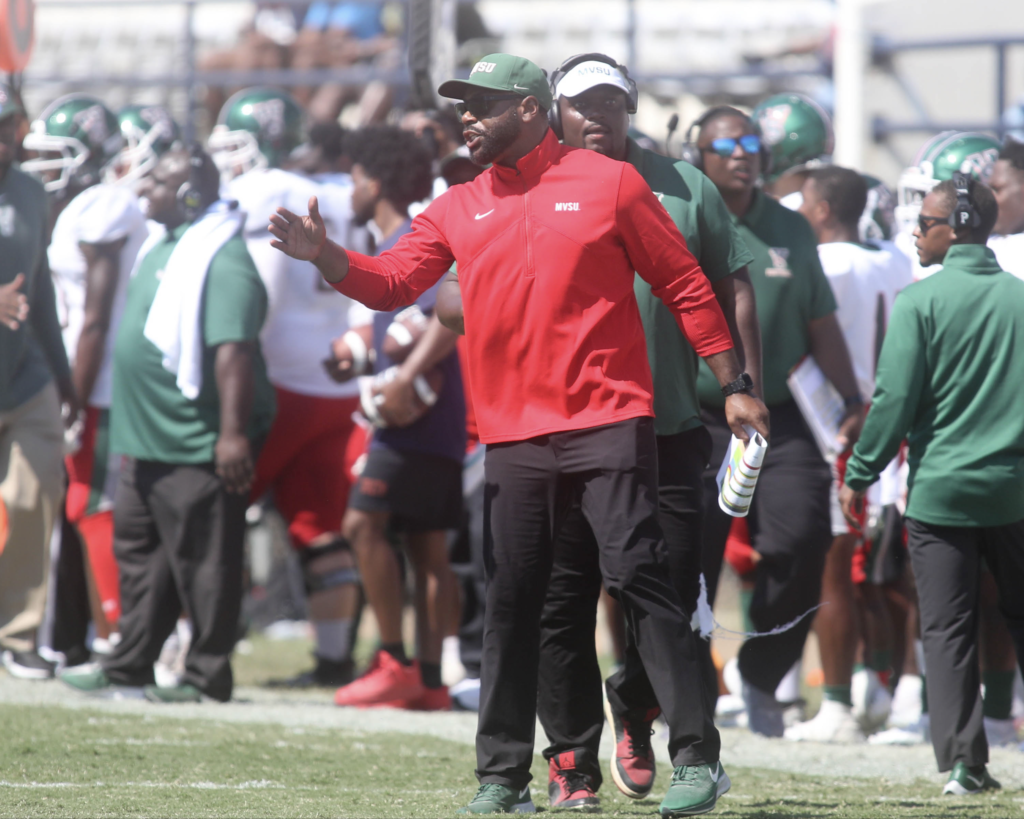 Mississippi Valley State kicks off homecoming at 3 p.m. against Bethune-Cookman University in Itta Bena, MS at Rice-Totten Stadium. Led by head coach Vincent Danzy, the Delta Devils are having a rough time this year. Currently winless with a record of 0-7.

Rebuilding is tough for a program in the beginning. Despite not winning, the Devils have competed in all their games even if the score looks lopsided by the end of the 4th quarter.

Their opponent Bethune-Cookman is only one win better than Valley. Their lone win came against Grambling State last month. This past weekend, BCU was blasted 48-8 by JSU in Jacksonville.

Alcorn State will be looking to rebound from their loss last Saturday to Southern University in Baton Rouge. The Jaguars took down the Braves 21-17. That win propelled them to a first place tie with Prairie View University. Alcorn is s currently in third place. Head coach Fred McNair knows his team is still alive and will preach that point all season. At this point in the season, Alcorn has a record of 3 wins and 3 losses. In the SWAC they are 2-1. Expect the Reservation to be full of excitement this weekend for homecoming.

Texas Southern University will be the homecoming opponent. Texas Southern comes in with a 2-4 overall with at 2-2 SWAC record. Ironically, TSU defeated Southern early this season. Could spell trouble for Alcorn if they aren’t careful.

Jackson State enters homecoming unblemished. Perfect 6-0 with most of their wins coming in dominating fashion. Winning with by an average of 34 points per game, the Blue Bengals aren’t to be taken lightly. True sophomore quarterback, Shedeur Sanders, a Heisman Trophy candidate, threw for 5 touchdowns last week in the 48-8 victory over Bethune Cookman. So far on the season, Sanders has passed for 1998 yards, 22 touchdowns and 4 interceptions.

Last week in Jacksonville, JSU dominated in their victory. Domination is one of the major goals for coach Deion Sanders this year. He doesn’t just want to win, he wants to dominate.

Defensively, the Darkside continued their reign of terror on opposing offenses. They tied a NCAA FCS record with 3 safeties in the game. They sacked Bethume Cookman quarterbacks Jalon Jones and Walter Simmons III a combined 7 times.

For homecoming, Jackson State will be battling the Campbell Camels. Campbell comes in with a 4-2 record.

Quick facts about the university. Campbell University is in Buies Creek, North Carolina, about 30 minutes outside of Raleigh/Durham.  They play in the Big South Conference (FCS). It is a private institution with about 3300 students.