Louise Marshall, 96, is one of six individuals featured in a mural painted on the side of Jackson State University’s Council of Federated Organizations (COFO) Civil Rights Education Center located at 1017 John R. Lynch Street. The center, opened by Jackson State University in 2011, honors the past, deals with issues of the present and offers hope for the future. The artist of the mural is Mississippi atist Sabrina Howard.

Marshall, who is the first African-American bookstore owner in the Jackson community was recognized Sunday at College Hill Baptist Church by Rev. Andrew Lewis, director of music. Her bookstore was located on N. Farish Street in Jackson.

Marshall appreciated the acknowledgement from her church family and thanked them for loving her and taking care of her, especially during a recent illness.

Her son Herbert Marshall said, “I am so proud of my mother and all she has done in the community. She is truly a role model and at the age of 96, she still loves dressing up and going to church.” 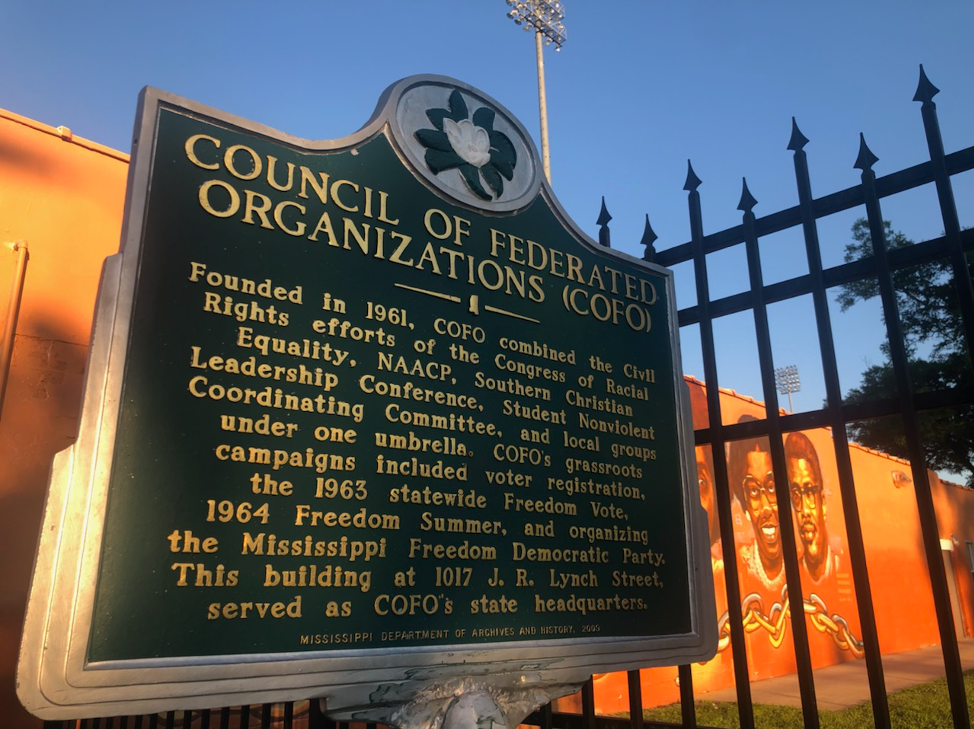 The late Rose Elizabeth Howard Robinson was also featured in the mural. She taught at Lanier High School. Her grandson Jason Robinson received information that COFO was looking for individuals that had made a great impact in the community and he nominated his grandmother. He loved being around her and visiting her. He said, “My grandmother was a pillar in the community, staying grounded in education and the church. She would tuck you in at night, cook breakfast for you in the morning, teach you about history, take you out to feed the birds, teach you about plants and so much more.” He said when he was growing up, she talked to you as though you were a human being and not just a kid.