DARWIN, Australia — It’s a story fit for Hollywood. Two cinema tragics in their twilight years head bush and re-open an outback movie hall for one last chance to do what they love.

Together the men find a simple life far from the city and a Northern Territory town rediscovers its love of the flicks as it opens its arms to the newcomers.

But like all good tales, adversity is close. The business, like most maimed by the Covid-19 pandemic, is struggling and the ending to this would-be classic is still being written.

“Movies belong on the big screen,” says 68-year-old Greg Harmer with a chuckle when asked why he reopened the cinema. “There’s a lot of us out there that still have a love and passion for it.” 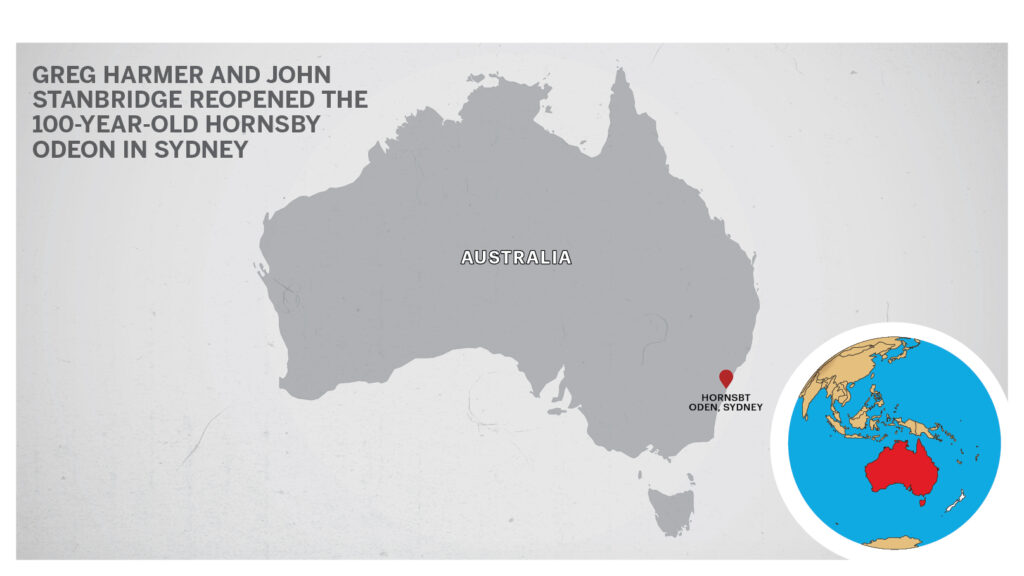 He was retired in Darwin following the death of his wife when he spotted a lease advert for the closed cinema in Katherine, a stormy, flood-prone town of 8000 about three hours south and where the Top End meets Central Australia.

His old mate John Stanbridge, 64, was in Sydney recovering from lung cancer and a brain tumor that required two lots of major surgery.

“I wanted one more go at it, so I rang John and he said ‘good, do something you love,” Harmer said.

Stanbridge soon took his own advice and joined Harmer at the Katherine Star, where he now runs the candy bar.

The pair met in the 70s as teenagers at the Tokoroa cinema on New Zealand’s North Island. Harmer had just completed his projectionist apprenticeship back when showing a movie involved loading film not downloading a file from the web.

Stanbridge was a regular patron and the pair shared a passion for westerns.

“He just loved the cinema and used to come along and help me,” Harmer said.

That led to an enduring friendship and their first venture, restoring and re-opening Sydney’s 100-year-old Hornsby Odeon in 1997.

Through the years the pair have worked in more than a dozen cinemas across Australia and New Zealand, including Hoyts’ huge 650 seaters on Sydney’s George Street and in Parramatta, long since closed.

“Back in the early days we had ushers showing people in and we even dipped our own Choc Tops ready for the interval,” Stanbridge said.

“We’d have people lined up along the street waiting for the door to open. Then video came along and nowadays it’s Netflix and Stan stealing customers.”

COVID-19, costly power bills, and an aging air-conditioning system in a town that reaches 40C with high humidity are also testing their resilience.

Australian cinemas were walloped by the virus in 2020 with a 67 percent drop in box office sales compared to 2019.

Just 483 theaters remained open by the end of the year, down from 524 12 months earlier, according to Screen Australia.

But Harmer and Stanbridge aren’t phased and say they’ll battle on to keep their doors open.

The feedback from the town has been “so rewarding”, the former says. “They’re so happy the cinema has reopened.

“Katherine reminds me of Tokoroa actually. Our regulars keep coming in and we know them by name now.”

Hamer’s youngest son Douglas, 40, and his family have also moved north to learn the business.

They were “keen to support us and it’s great having them here”, he declares.

The cinema isn’t yet profitable but Harmer and Stanbridge, say they have a few tricks up their sleeves to ensure it survives.

A report published in Monash University stated that the pandemic will have some long-lasting effects on movie theaters in the country.

Theme nights for the town’s multicultural population and personnel from nearby Royal Australian Air Force Base Tindal should lure more punters.

“We’re thinking outside the box, which can be hard for a couple of old blokes,” Harmer added.