The retrospective tax feud between the Indian government and UK-based oil and gas major, Cairn Energy, is set to get bitter.

Cairn Energy has begun identifying assets of the Indian government to enforce the $1.2-billion arbitration award it won in December 2020, according to a March 9 investor communiqué from the firm.

The firm plans to appeal in the courts of different nations, including the U.S. and the U.K., for seizing those assets, if the award is not honored.

“Clearly, this is an asset which has value in the eyes of third parties, either to participate directly in our claim or as lenders secured against the proceeds,” James Smith, chief financial officer, Cairn Energy, told investors during the declaration of the company’s financial results. 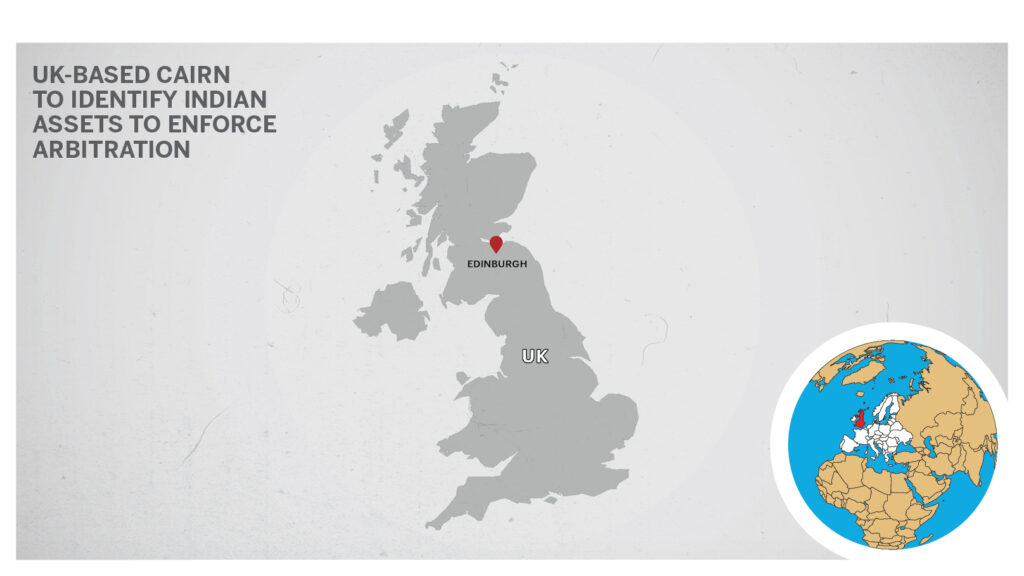 The firm is also devising an active parallel strategy to monetize the assets it won in the arbitration process. During the earnings call, Cairn Energy said it can look at transferring the award to a third-party fund or pledge those Indian assets under its monetization move.

“And naturally, this is an avenue we are exploring as a potential way to accelerate access to the recovery of the award, again, should that be necessary,” Smith said.

The terms of the 1958 New York Convention, to which India is a signatory, specify that India-owned assets across 160 jurisdictions can be seized by a company for recovering an arbitration award.

However, the oil major has kept its negotiations open with the Indian government and is eyeing the seizure of assets only if the negotiations hit a dead end.

“We have recently met with the government of India to seek their adherence to the award and resolution of this long-standing issue,” Thomson said during the March 9 earnings call. “Whilst that engagement continues, in absence of a resolution we are now deploying robust recovery options to seek to safeguard shareholders’ rights to the value of the award.”

Indian Finance Minister Nirmala Sitharaman has already indicated India will appeal against the arbitration verdict saying it was her “duty” to appeal in cases where the nation’s sovereign authority to tax was questioned.

“Essentially, the ball is in the Indian government’s court,” said Shriram Subramanian, founder and managing director, InGovern Research Services. “It seems the government wants to take it further (through the next level of appeal). But these legal complications may delay the award. At the end of the day, it’s the credibility of the Indian government before the investors.”

On identification of Indian assets by Cairn, he said: “The company is ring-fencing itself (through such action). That’s why it is identifying the assets. It is being done as a contingent plan.”

In December 2020, India lost the tax claims case against Cairn Energy at the Permanent Court of Arbitration at The Hague. The court ruled that India’s retrospective tax demand of $1.2 billion “breached the guarantee of fair and equitable treatment” under the UK-India Bilateral Investment Treaty and directed India to return the money with interest to Cairn Energy.

Bilateral investment treaties are international agreements establishing the terms and conditions for private investment by nationals and companies of one state in another state.

India had unilaterally sent notices to 58 nations, including 22 European Union countries, in 2017 to terminate such bilateral investment treaties.

The 2020 verdict was the second such award against India after it lost a similar $2-billion retrospective tax claim case against Vodafone in September 2020. India has already challenged the Vodafone verdict in a Singapore court, though it has not yet done so in the Cairn Energy case. India has a 90-day window to file an appeal, which expires on March 21.

The Bilateral Investment Treaty between India and the Netherlands was terminated in 2016.

Legal experts said Cairn is mounting pressure on India to honor the award. The energy major is following all legal options to get back the money.

As implementation of the award requires the winning party to register a case in a court of law relevant to both parties, Cairn Energy has already registered the award. It also filed a suit to recover the award by seeking enforcement against the Indian government in a U.S. court last month.

“The process of litigation seems cumbersome,” said Navin Kumar Rungta, founder of legal compliance firm eLagaan. “It may delay the award to Cairn Energy. Usually, when a party goes for an appeal against a verdict, it tries for a ‘stay’ on the award. Therefore, if India goes for an appeal, it may look for the same.”

“India is a signatory to many international treaties and conventions. So, it has to follow the fundamental rules governing those treaties. India has never been a country that does not follow those conventions,” Rungta said.

While the process of seizing Indian assets is going to be long-drawn, some legal experts also said that the law of the foreign country, where the assets are to be monetized by Cairn Energy, will have to be considered.

“The process may not be easy (for Cairn Energy) although there are multiple countries including India who have ratified the New York Convention and that will be helpful for Cairn,” said Dipti Lavya Swain, who is a cross-border corporate and mergers & acquisitions lawyer and partner at HSA Advocates.

“After identifying assets overseas, the company can’t just go and sell those to recover money since there will be a requirement for compliance of certain local laws. In the past, India was entangled in a $5-billion legal dispute with U.S-based oil major Enron. Since the Indian government is unlikely to let this go without an appeal, this is going to be a long-drawn-out process.”

India modified its tax laws in 2012 to make them effective from 1962, using this clause to levy backdated tax charges on Cairn Energy and Vodafone. India also raised retrospective tax demands on many other firms, including French pharmaceutical firm Sanofi. However, such retrospective tax claims have led to vicious tax litigations in recent years, denting the ‘ease of doing business’ image of India.