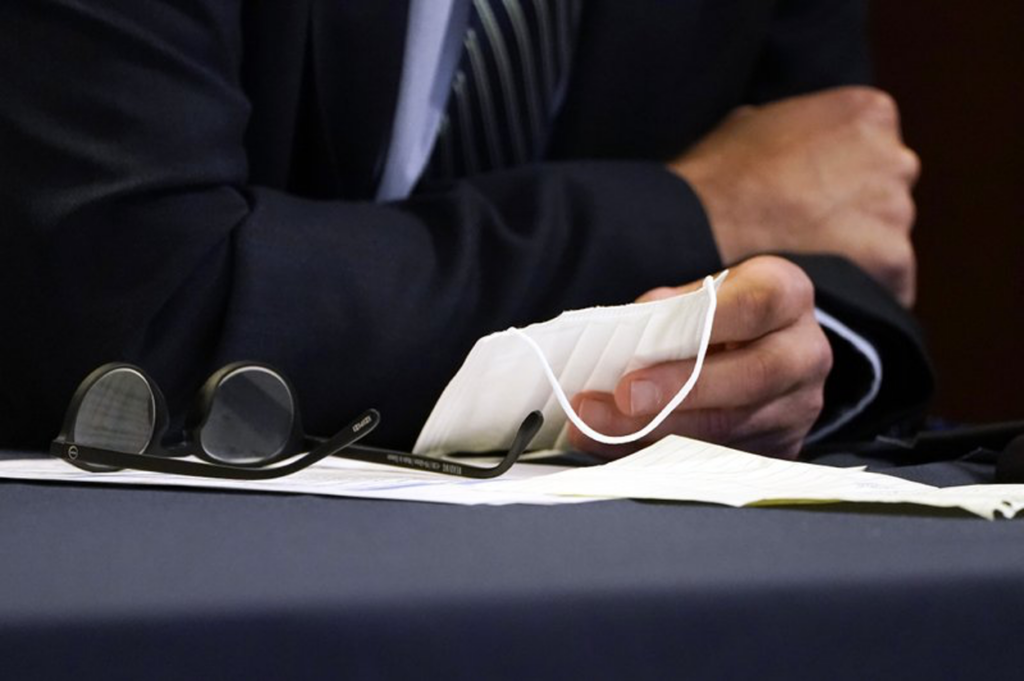 Mississippi Gov. Tate Reeves says that as of Wednesday, he is getting rid of most mask mandates that he had imposed to try to slow the spread of the coronavirus. The Republican is also lifting most other restrictions, including limits on seating in restaurants.

“The governor’s office is getting out of the business of telling people what they can and cannot do,” Reeves said during a news conference Tuesday.

It has been nearly a year since Mississippi reported its first confirmed case of the coronavirus. During that time, Reeves has set varying degrees of restrictions on businesses and social gatherings. He frequently said his goal was to avoid stretching the health care system beyond its capacity – even as he repeated that he opposes government having a heavy hand in regulation.

Until now, most of Mississippi’s 82 counties had been under a mask mandate for months. Reeves said the number of people hospitalized because of the virus has decreased in recent weeks, and vaccination numbers are increasing.

Reeves issued a new executive order that takes effect at 5 p.m. Wednesday and remains in place until March 31.

He said rules for K-12 schools are not changing. Schools will still require masks where social distancing is not possible. There are also still limits on seating at K-12 school events: 25% capacity for indoor events and 50% capacity for outdoor events.

The new capacity for seating at indoor arenas for colleges is 50%, up from 25%. Club areas in arenas are limited to 75% of their seating capacity. Reeves said there are no limits on seating for outdoor events for colleges, including baseball stadiums.

Reeves said he is encouraging people to wear face coverings in public, but is not requiring it. He also said people should avoid confrontation over the issue.

“I believe that mask shaming on both sides – that those who shame you for not wearing a mask as well as those who shame someone who chooses to wear a mask – is wrong,” Reeves said. “It’s counterproductive. It doesn’t do anyone any good.”

The new executive order says businesses are encouraged to follow guidance from the Centers for Disease Control and Prevention, including taking steps to allow social distancing between customers who are not from the same household. The order also says businesses should screen employees for COVID-19 symptoms and should make hand sanitizer widely available.

The order specifies that “close-contact” businesses such as barbershops, beauty salons and massage or tattoo parlors should encourage their employees and customers to wear masks.

The governor is asking people to follow recommendations from the state health officer, Dr. Thomas Dobbs.

Dobbs said in response to questions Tuesday that it’s still a good idea for people to avoid large, unmasked gatherings.

“There’s no way in heck I would go sit in a crowded bar right now,” Dobbs said.

The state Health Department said Tuesday that nearly 410,000 people had received a first dose of a COVID-19 vaccine in Mississippi, and nearly 228,000 had received both doses.

The department also said Mississippi has had about 295,300 confirmed cases of the virus and about 6,725 deaths from it since the start of the pandemic.