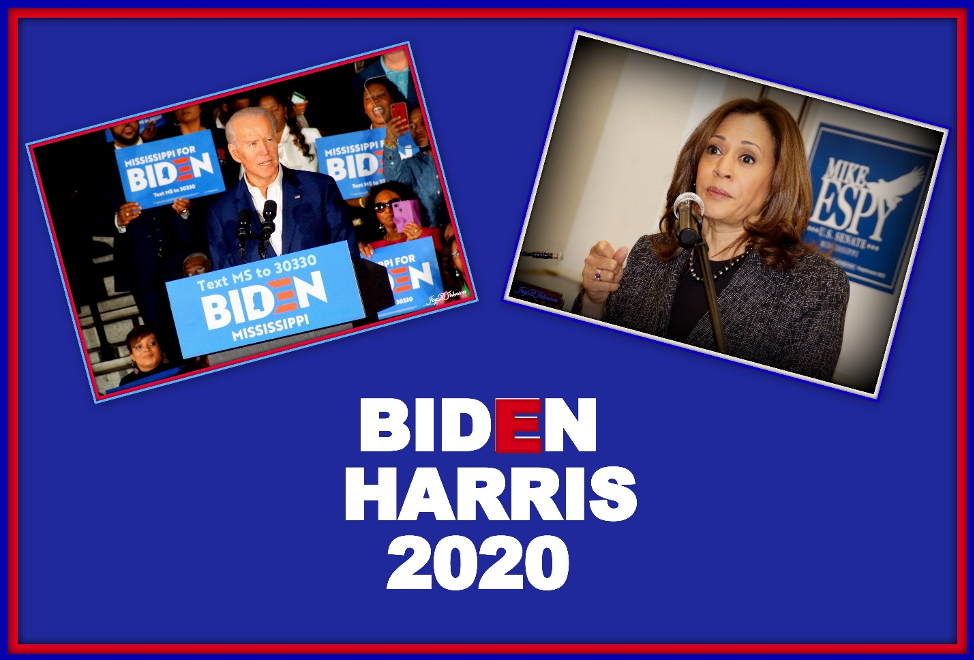 People across the nation have been wondering and speculating who Presidential Candidate Joe Biden would choose as his running mate and finally Tuesday he announced that he has chosen Senator Kamala Harris as his vice presidential running mate, putting for the first time, a woman of color on the presidential ticket.

“Joe Biden nailed this decision,” stated former President Barack Obama, regarding his choice of Harris as his vice presidential running mate for 2020. As reported on various news stations Tuesday, Obama sent out a statement saying, “By choosing Senator Kamala Harris as America’s next vice president, he (Biden) has underscored his own judgement and character…And now Joe has an ideal partner to help him tackle the very real challenges America faces right now and in the years ahead.”

Harris is the first black woman and the first person of Indian descent to be nominated for national office by a major party.

Mike Espy, who is running for the United States Senate Seat from Mississippi is very pleased with the former V.P.’s choice. In a statement to The Mississippi Link he said: “I’m thrilled that Joe Biden made this historic choice. Senator Kamala Harris is an ideal running mate and will serve our nation well as vice president. She is smart, serious, tough, prepared and ready for this challenge.”  Both Espy and Harris are graduates of Howard University.

Espy ran against Republican candidate Cindy Hyde-Smith in a special runoff election for U.S. Senator in 2018, and even though he did not win at that time, it was the closest senate election in Mississippi since 1982. Harris supported Espy in that race. He stated, “Kamala is a personal friend and I appreciate that she came to Mississippi multiple times to help me in the 2018 senate race.”

While an undergraduate of Howard University, Harris became a member of Alpha Kappa Alpha Sorority. This sisterhood organization is very proud of Biden’s choice.

Paulette Hayes Patton, a native of Jackson, MS, pledged AKA as an undergraduate at Tougaloo College. She was very hopeful that Harris would be Biden’s V.P. choice. She said, “I am honored and humbled to call her my sister as all the other 300,000 AKAs around the globe. Patton said, “Exemplifying Excellence Through Sustainable Service” is the theme for the women of Alpha Kappa Alpha Sorority, Incorporated International Program through 2022. She said, “How befitting that Kamala Harris took this call to action to the highest echelon of this country. The needs are great in America and as only a black woman could, Kamala answered the call.”

Patton, retired director of Multicultural Services at Ursinus College in Collegeville, PA, said as AKAs, “We got your back.”

Denise Wright, a graduate of Jackson State University is a member of Beta Delta Omega Chapter of Alpha Kappa Alpha Sorority, Incorporated, said,” I am excited and elated that presidential candidate Joe Biden has chosen Senator Kamala Harris as his running mate. I was very impressed with how she performed during the presidential debates and I knew she would be a formidable candidate after hearing her speak at a sorority event in New Orleans last year. I plan to join the ranks of our sorority sisters as we work during this historic election to get out the vote and elect the nation’s first woman of color as vice president.”

Maggie Harper, a graduate of Alcorn State University, said, “As a member of Beta Delta Omega Chapter of Alpha Kappa Alpha Sorority, Incorporated, I am extremely elated and proud that my sorority sister has been chosen to represent the democratic ticket with VP Biden. Senator Kamala Harris not only represents Alpha Kappa Alpha Sorority, but all women throughout the United States.  However, let us all remind ourselves that this is only the beginning. There’s much work to be done to be victorious on November 3. So, let’s get busy registering people to vote, mobilizing and finally voting. We must give our much needed time and money and remember the work is not done until we cast our vote on November 3.”