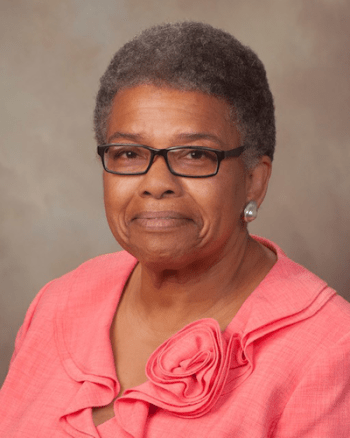 Friday, Jan. 17, Jackson State University will celebrate the life of Dr. Martin Luther King Jr., inside the Rose E. McCoy Auditorium starting at 10 a.m. Constance Slaughter-Harvey, former assistant secretary of state and general counsel, will serve as the keynote speaker. Immediately following convocation, The For My People Awards will take place in Student Center Ballroom A at 11:30 a.m.

Slaughter-Harvey is the founder and president of Legacy Education and Community Empowerment Foundation, Inc. She is also the first African-American woman to receive a law degree from the University of Mississippi (1970) and first female African American to serve as a judge in Mississippi (1975).

The Black Law Student Association (BLSA) at the University of Mississippi School of Law was named in her honor (she was not only one of the founders but the only woman founder of the National BLSA in 1968). She also received the law school’s public service award, thus becoming the first woman and first African American to be so honored.

For more than 36 years, Slaughter-Harvey was an adjunct professor at Tougaloo College (where she was the first female student government president in 1966). She is president of the Scott County Bar Association (10 years) and prosecutor for the Scott County Youth Court (8 years). She is the past president of the Magnolia Bar Association, Catholic Charities Board, Central Mississippi Legal Services, Forest Rotary Club and National Association of State Election Directors, where she was the first woman and first African American.

Slaughter-Harvey is the recipient of the American Bar Association’s Margaret Brent Award and Mississippi Bar’s Susie Buchanan Award, which are the highest honors bestowed on female attorneys.

In 2000, she was inducted into Tougaloo College’s Hall of Fame, National Bar Association (2010), University of MS School of Law (2013), and the University of Mississippi (2016). She is featured in the documentary “Standing on My Sisters’ Shoulders,” which received honors and recognition at the Kennedy Center in New York in 2004.

Slaughter-Harvey has filed more than 200 legal actions, including the lawsuit desegregating the Mississippi Highway Patrol and the lawsuit against the state and city of Jackson for the wrongful deaths of students James Green and Phillip Gibbs at Jackson State in 1970.

She is one of the original attorneys in the Ayers lawsuit and filed many voting rights and redistricting cases. She also has extensive experience in nursing home and personal injury lawsuits.

She has received over 2,000 awards for her work.

She is the mother of Constance Olivia Slaughter Harvey-Burwell (James) and the “Nonnie” to grandson, James Arthur Emmanuel Burwell III (Tre’). She is a member of the St. Michael Catholic Church. For the past 23 years, she has served as a weekly columnist for the Scott County Times and the Spirit of Morton.

The MLK Convocation is part of a series of curated events paying tribute to the lives of Phillip Gibbs, 21, a political science major at Jackson State College and James Green, 17, a student at the neighboring Jim Hill High School, who died in a barrage of bullets, May 15, 1970, unleashed by local and state police in response to alleged student protests. A dozen others were wounded by gunfire.

The death of Gibbs and Green devastated their loved ones, rocked the community, left a student body irrevocably changed and made an indelible impact on American history.

Please help us celebrate the lives of Gibbs and Green through a series of exhibitions and events that include the MLK Convocation, a student-led March of Remembrance and the 50th Commemoration in May 2020, giving homage to these two young men and the scores of others who have been touched by the events on that tragic night.