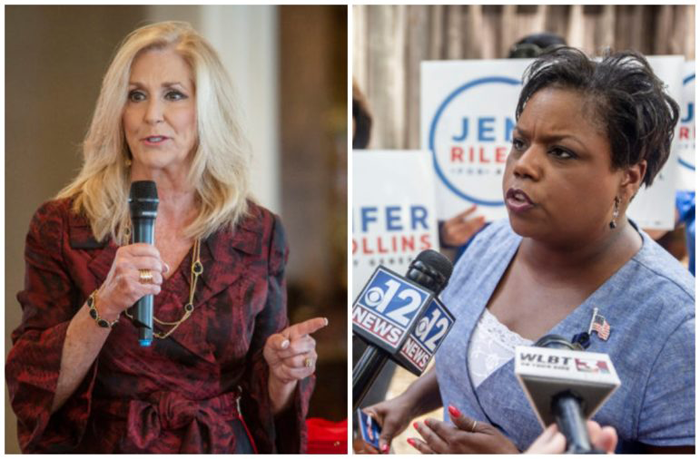 In unofficial returns, Fitch garnered 52 percent of the vote in the runoff to 48 percent for Taggart.

Of course, Fitch’s November general election opponent also is trying to make history by becoming not only the first woman to win the office, but also the first African American to serve in a statewide office in Mississippi since the 1800s. Fitch will face Democrat Jennifer Riley-Collins, former executive director of the Mississippi ACLU, in the November general election.

It will mark the third time in state history two women will be the major party nominees and vying for the same statewide office. In 2003, incumbent Republican Lt. Gov. Amy Tuck defeated state Sen. Barbara Blackmon, D-Canton, to win a second term. And then in 2011, in winning the first of two terms as state treasurer, Fitch defeated Ocean Springs Mayor Connie Moran, a Democrat, in the November general election.

After winning August 27, Fitch said on social media, “Over the next 10 weeks, we will continue to show Mississippians why my solution-driven approach and conservative values make me the best pick for…AG.”

Taggart said he had no regrets.

“We worked as hard as we could, and the voters chose the other candidate,” he said.

“I want a Mississippi where there is no wrong side of the track – no right side, no wrong side. Just a land of opportunity for all Mississippians,” Riley-Collins, a retired Army veteran, said on her social media sites.

Fitch also is vying to become the state’s first Republican attorney general in the modern era. In recent elections, Republicans have won seven of the eight statewide offices but Democrat Jim Hood has held onto the office of attorney general.

As expected, fewer people voted in the runoff than did on Aug. 6 in the first Republican primary. In near complete returns, more than 326,000 people voted in the governor’s runoff – about 55,000 fewer than voted on Aug. 6. Turnout normally goes down in runoff elections that are needed when no candidate receives a majority vote in the first primary.