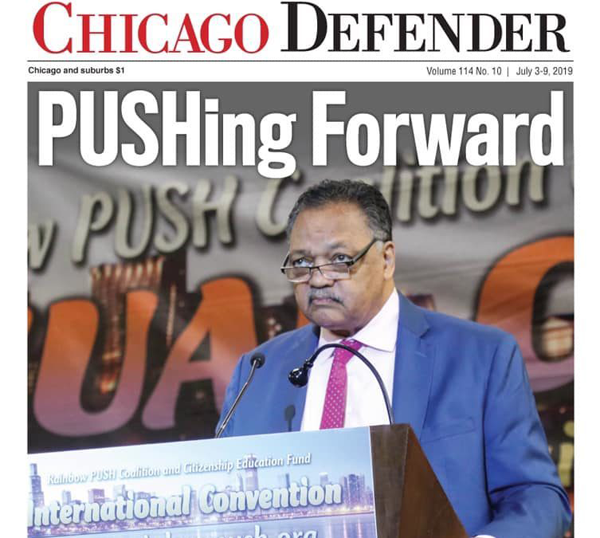 It has been a rough few days for the black media.

First, Ebony magazine and its sister publication, JET magazine, may be closing their doors for good.

And then the publisher of the storied Chicago Defender newspaper announced last week that it will no longer publish a print version.

In announcing the move to digital-only beginning Thursday, July 11, Real Times Media CEO Hiram E. Jackson said last Friday that the newspaper has made significant investment in digital media because of changes in the publishing landscape.

Jackson said Real Times’ other newspapers, the Michigan Chronicle and the New Pittsburgh Courier, will continue to offer a print version.

The newspaper was founded in 1905 by Robert S. Abbott and reached the peak of its influence at mid-century when it was a frequent critic of racial inequities in the nation’s Southern states.

The Defender delivered news of monumental events – the funeral of Emmett Till, the death of Dr. Martin Luther King Jr., the election of President Obama – but also of everyday life for black Americans.

Jackson said the decision was an economic one. Newspapers throughout the industry have seen a decline in print advertising and readers turning to the internet.

Black newspapers often are an afterthought when it comes to advertising dollars, Jean Patterson Boone, publisher of the Richmond Free Press told the New York Times.

Regardless of the financial challenges, the Richmond Free Press, which has a weekly circulation of 35,000 and a draw of around 130,000 readers, has no intention of going the way of The Defender and eliminating its print edition.

The National Newspaper Publishers Association, a trade organization for African-American-owned newspapers, currently counts 218 such publications across 40 states that attract 22.2 million readers between print and online each week.

As for Ebony and JET, former employees of the company took to Twitter last week using the hashtag #EbonyOwes to air their frustrations with the company, as it has fired all of its employees with little to no notice.

According to USA Today, members of Ebony magazine’s digital team say they’ve been fired and haven’t received their final paychecks in the latest controversy to hit the struggling publication that has chronicled black life in America for decades.

Michael Gibson, co-chairman and founder of Austin, Texas-based Clear View Group, which owns Ebony, declined to comment to USA TODAY on the digital team’s dismissal, citing a “policy of not commenting on any employment practices or issues.”

The Chicago Tribune previously reported how Ebony was being pressed by the National Writers Union to pay more than $200,000 it alleged the magazine owed to freelance writers who contributed stories back in 2017. The drama sparked the hashtag #EbonyOwes on Twitter.

According to a report on Ebony.com, the magazine’s previous owner, Johnson Publishing Co., filed for bankruptcy liquidation in April, which Ebony said would not affect its operations.

“EBONY Media Operations, LLC brands, which include EBONY magazine, EBONY.com, digital magazine JET and jetmag.com and its related businesses, have viably operated independently of Johnson Publishing Company dba/ Fashion Fair Cosmetics (JPC) since black-owned Ebony Media Operations, LLC (EMO) purchased the media assets of JPC in 2016. Black-owned investment firm CVG Group LLC assisted in the formation of EMO,” a statement read. “EMO is unaffected by the Chapter 7 bankruptcy announcement regarding the dissolution of JPC. EMO is not able to comment further and is not familiar with the facts or events of the JPC business.”

The first issue of the iconic magazine hit stands 74 years ago and took the industry by storm. Founded by John H. Johnson in November 1945, the black-owned publication has always strived to address African-American issues, personalities and interests in a positive and self-affirming manner.

Timeless editions of Ebony featured some of the biggest stars in black America, including issues covered by Diana Ross, Sidney Poitier, as well as President and First Lady Barack and Michelle Obama.