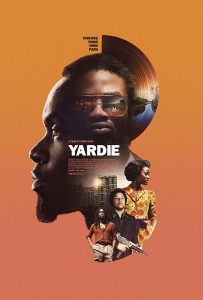 Dennis “D” Campbell (Aml Ameen) had the misfortune of growing up in the slums of Kingston, Jamaica in the Seventies at a time when the ‘hood was infested with drugs. Orphaned at an early age, he was raised by an older brother he admired, Jerry (Everaldo Creary).

Besides serving as a surrogate father, Jerry was a peacemaker who risked his life pressuring the gangs ruining the community to end their bloody turf war. But Dennis was left traumatized at 13 when his sibling was senselessly shot dead by Clancy (Raheem Edwards), a young member of the Tappa crew.

Fast forward a half-dozen years and we find D doing the bidding of King Fox (Sheldon Shepherd), the leader of Spicer, Tappa’s rival gang. When he is asked to smuggle a kilo of cocaine on a plane bound for London, he leaps at the opportunity because not only does Clancy live there now, but so too does Dennis’ daughter (Myla-Rae Hutchinson-Dunwell). So, the risky assignment will afford him an opportunity to avenge his brother’s murder while reuniting with loved ones.

That is the intriguing set up of Yardie, a coming-of-age drama marking the noteworthy directorial debut of Idris Elba. Adapted from Victor Headley’s 1992 novel of the same name, the film is narrated by its intrepid protagonist, a conflicted soul eternally torn between good and evil.

A gritty tale of survival slightly marred by a tendency to telegraph its punches.

To see a trailer for Yardie, visit: https://www.youtube.com/watch?v=qItW6evHbE8

Book Review: More Than a Score

April 28, 2015 Online Editor Entertainment Comments Off on Book Review: More Than a Score

by Kam Williams   5-Time Winner Gracious Enough to Chat & Take Photo with a Couple of Big Fans Like clockwork, every Tuesday evening, my wife and I watch Jeopardy on TV before rushing out […]