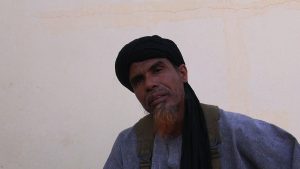 How much do you know about ISIS, the Islamic State of Iraq and Syria? Sure, you probably know that it is an extremist Muslim sect which claims to be a caliphate headquartered in Syria.

You are also are undoubtedly aware of the radical outfit’s terrorist attacks in America, France, Belgium, England and elsewhere around the world. That’s because ISIS is media savvy and quite skilled at recruiting followers over the internet.

Just a month ago, President Trump declared, “We have defeated ISIS,” before ordering the withdrawal of all U.S. troops from Syria. However, soon thereafter, four Americans were killed by an ISIS suicide bomber in the city of Manbij.

If you’d like to understand the ideology fueling these fanatics, have I got a film for you. Co-directed by Francois Margolin and Lemine Salem, Jihadists is an eye-opening expose’ shot by filmmakers who embedded with the extremists.

Fair warning, this is not a documentary for the faint of heart. For, it features raw footage of ISIS foot soldiers doling out the cult’s cruel brand of justice.

So, brace your self to see drive-by shootings of unsuspecting infidels, gays tossed off buildings, adulterers beheaded or stoned to death, thieves whipped or have their hands chopped off, and Coptics Christians caged and shot in the head, one-by-one.

Again and again, the perpetrators rationalize their ghastly crimes against humanity by quoting from the Koran. Members of ISIS are so-called Salafists who believe in a literal interpretation of the scriptures.

In the film, we hear wild-eyed imams weigh in on everything from Israel (“We are in an endless war with Jews.”), to America (“Guantanamo and Abu Ghraib have stirred up our hatred of the West.”), to females (“A woman cannot be considered equal to a man.”), to assassinating cartoonists (“Insulting the prophet Muhammad is a serious offense. Charlie Hebdo got what it deserved.”).

Apparently, there are ISIS strongholds not just in the Middle East, but all across sub-Saharan Africa, in such countries as Mali, Nigeria and Mauritania. Its adherents are fearless on their mission to “purify the world” because of their belief that paradise awaits in the afterlife.

A chilling documentary banned in France, but available in America despite fatwas, thanks to this country’s undying commitment to freedom of speech.

In French with subtitles

To see a trailer for Jihadists, visit: https://www.youtube.com/watch?v=zHxfwbzL7u4

Film Review by Kam Williams   Animals Emerge as Unsung Heroes in Animated Version of the Birth of Christ Most movies based on the Bible have limited appeal beyond the faithful, because the stories are […]