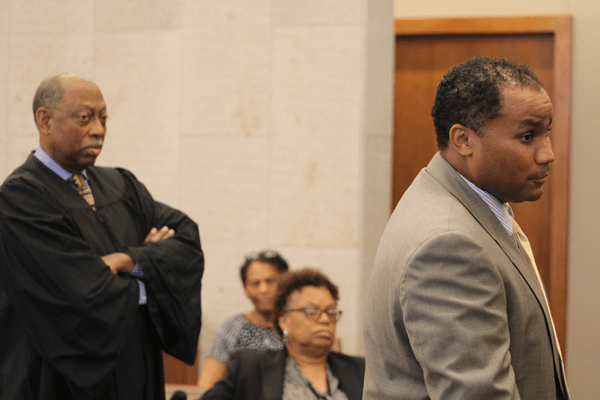 In a city of heightened crimes, high school drop-outs, and a lack of mentorship in the community, one judge has committed his time to engage students by welcoming youngsters into his world.

Throughout the six-day session, students observed court proceedings and listened to professionals within the court and law system such as United States Attorneys, Special Agents of DEA, the Federal Bureau of Investigation and Secret Service.

Students also obtained knowledge about financial literacy, learned the importance of higher education, toured the Yazoo City Federal Correctional Institution and spoke with the staff of the Federal Bureau of Prisons and more.

Wingate said his motive for starting the program was to show youth the plethora of career opportunities and educate them about laws in order to become effective citizens in society.

“When I set the program up, the purpose was to expose young people to all careers, not just to say you want to be in the criminal justice system as a defendant, but that you also want to have an idea of how the justice system works as a citizen,” said Wingate.

During Friday’s session, high schoolers received lectures on the importance of not submitting to peer pressure and listened to Secret Service Agent Kelley Adcox, who spoke about the duties of his profession and experiences thus far.

The youth also engaged with Drug Enforcement Agency (DEA) Special Agent Brooks Benson, who talked about his involvement in his career field and presented a video of the rigorous training that agents encounter to combat drug trafficking in the United States.

The high school cadets and teenagers gazed at the film, smiling, inspired and intrigued with the agents’ efforts to catch criminals under threatening circumstances.

In addition to showing the clip, Benson encouraged the group of young boys and girls to say no to drugs, especially if desiring to thrive in any federal career field.

“I know peer pressure may be irresistible. I know you all listen to the rap songs and [drugs] seem cool, but if you have any type of desire to be successful in life and want a federal job, you have to stay away from drugs or it will be difficult to maneuver and see which agency you can qualify for,” said Benson.

With the drug epidemic on the rise and its serious national crisis on economic and social well-being, the special agent also touched on the use of opioids – prescription pain relievers, heroin and synthetic opioids.

To relate the powerfulness of drugs, Benson referenced two prominent rap artists – Lil Wayne and Rick Ross – who have suffered from health complications due to their usage of illegal substances and alcohol.

Benson said it was imperative that he shared his knowledge about drugs to prevent them from ruining their lives early.

“When I saw those group of people, I saw a lot of potential. I want them to know its plenty of ways to have fun out here, and it’s important that they stay away from drugs and alcohol because it will screw you up for the rest of your life,” expressed Benson.

On a local level, two Jackson native ex-prisoners who were jailed for drug trafficking and sentenced to several years in prison also joined in and talked about their life before committing crimes, the consequences they faced and life after incarceration to encourage the millennials to take the high road.

Wingate hopes the group of millennials received valuable lessons from the different professionals and speakers and become inspired to live better.

“All of the presenters have talked about people who made wrong steps in life, and I hope they will profit from those mistakes, so that we can have a better next generation,” said Wingate.